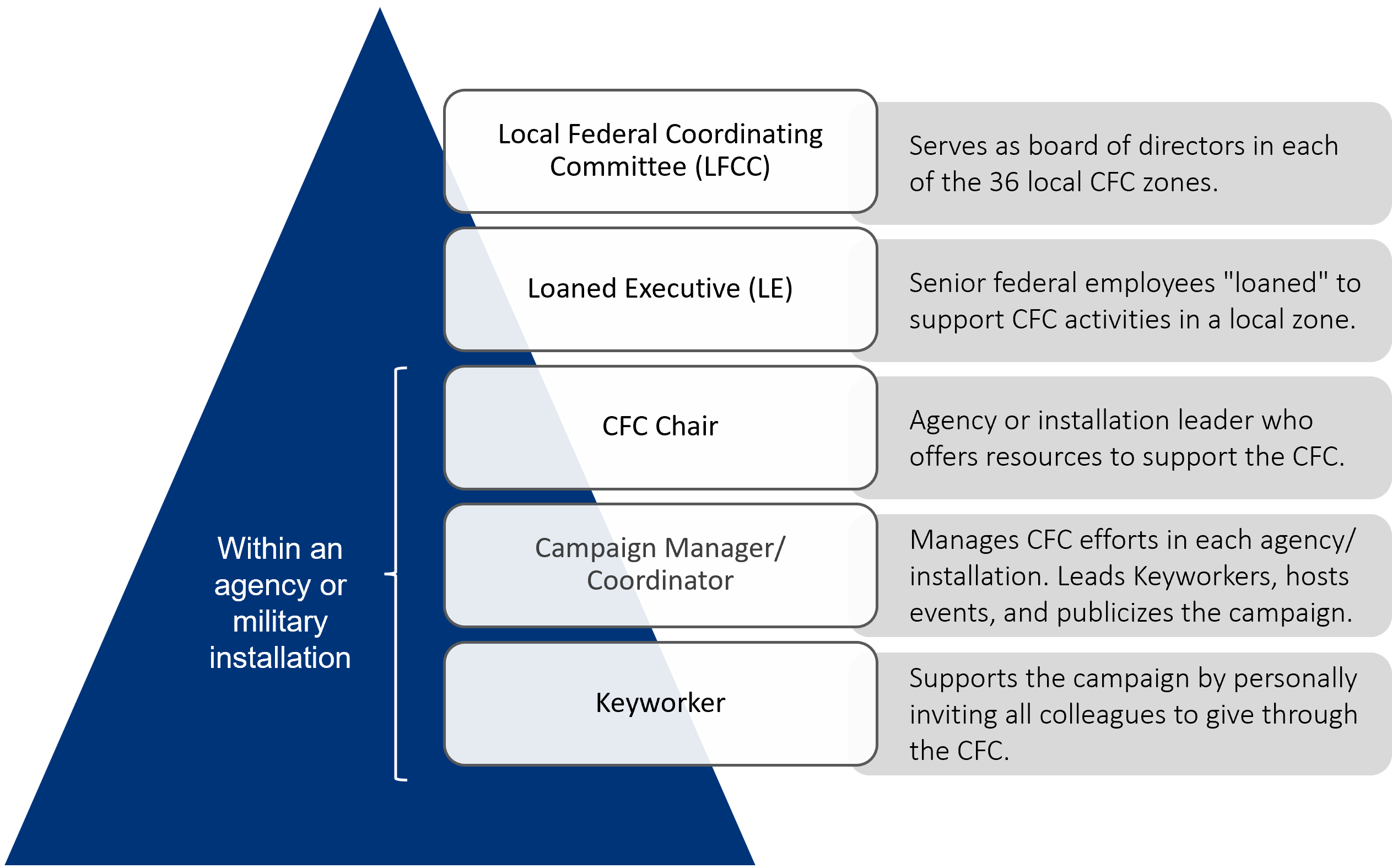 Each of the 36 local CFC zones is governed by a Local Federal Coordinating Committee (LFCC). An LFCC is comprised of federal employees and, whenever possible, members of local federal inter-agency organizations, such as Federal Executive Boards, Federal Executive Associations or, in the absence of such organizations, self-organized associations of local federal officials. LFCCs are overseen by OPM and must comply with CFC regulations and guidance memoranda, as well as meet the deadlines in the CFC calendar. LFCCs serve as a board of directors for the campaign zone. LFCCs are responsible for selecting an Outreach Coordinator (OC) to implement the CFC in the local zone and monitoring their work.

A federal employee detailed to work for the CFC for a specified length of time (as determined by the LFCC) to support campaign activities.

The department, agency, or installation head, or designee, who supports the campaign by participating in special events, approving campaign goals, and providing the resources necessary to run an effective campaign.

The federal employee selected by the agency head or installation commander to lead the agency/installation CFC effort. The Campaign Manager/Coordinator, in collaboration with the Campaign Chair, develops a plan to communicate about the CFC to all employees, recruits a planning committee, coordinates with unit leaders to identify Keyworkers, works with the OC to facilitate Keyworker training, and supports the implementation of all planned events.

A federal employee who personally contacts colleagues to promote the CFC, answers questions, and asks people to participate by making a monetary gift and/or pledging volunteer hours.

Oversight of the entire CFC program is the responsibility of the Office of CFC Operations at OPM in Washington, D.C.

The organization responsible for developing and maintaining the CFC giving website, receiving pledge data, and making distributions to charities. The CCA can be contacted at: 800-797-0098 or cfcgiving.opm.gov/contact.