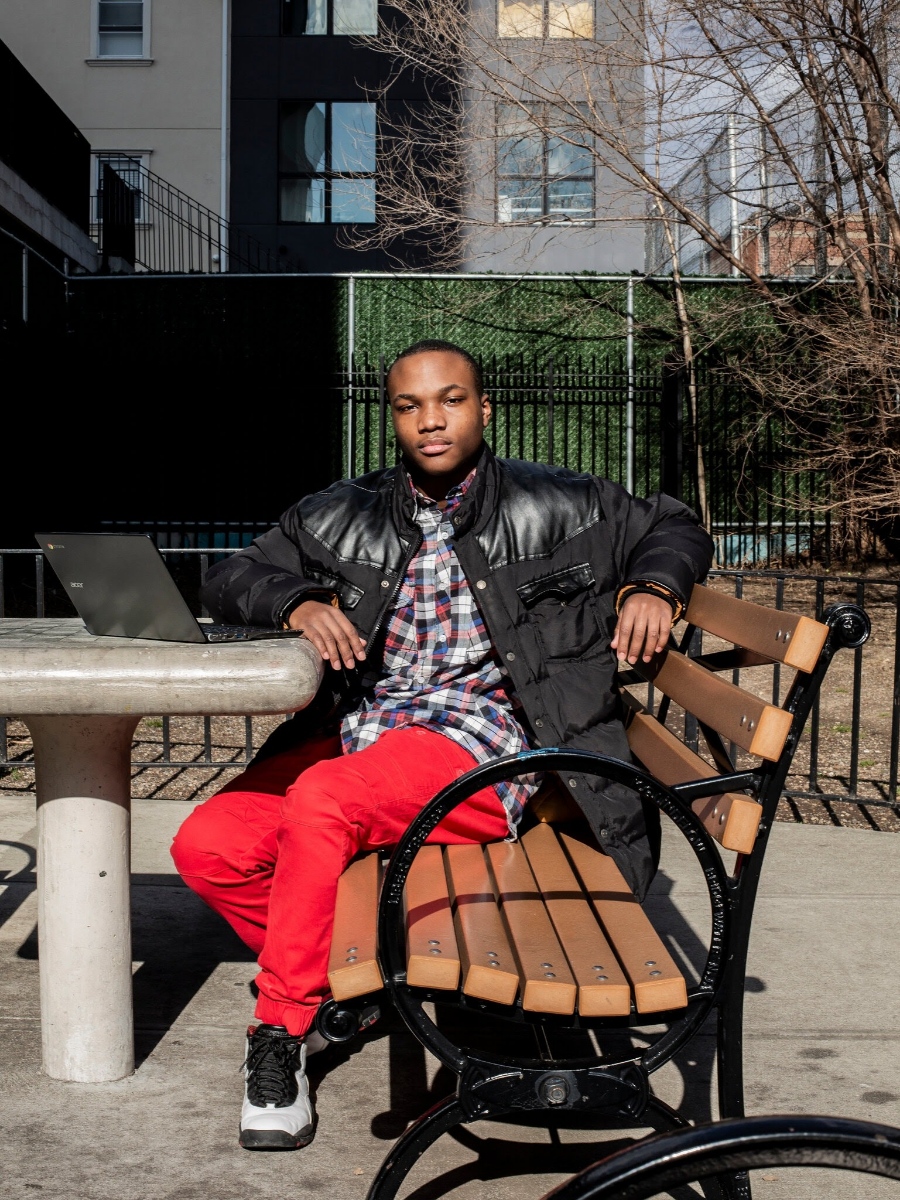 It has been my dream to do well in school and work my way to becoming a mechanical engineer. The last year has been tough for so many reasons. For me, it was uncertainty around accessing my classes that made me worry each day.

Last year, right after the city shut the schools because of the pandemic, all of the students were kind of in limbo for a while. We didn’t know when we might be able to go back, and we were hearing a lot of different things about doing remote learning or going back in part time. I made the decision to do fully remote learning so I could keep my dad safe because he has some health problems. While I know it was the right decision, it was still hard for me.

I am a good student, usually getting As in all my classes. But when we had to go remote, it became very difficult for me to keep my grades where they were because of internet issues.

It was in April 2020, about a month after the schools were closed, that I was given a Chromebook by my school to access classes online, but it didn’t have a Wi-Fi plan. At first, I would try to use the hotspot on my dad’s phone to connect but that would give out in the middle of classes. The school system gave me an internet-equipped iPad, but I had the same connection issues with two different providers. Each time we tried something new to fix the issues, it would last for a little while then I would get disconnected again. We would sometimes have to go and find space in a local library, at a relative’s house or even the McDonalds to connect to the internet and join my classes.

All this time when I wasn’t able to access my classes, I knew my classmates who were in-person or had better connections were still getting the chance to learn.

“It is making me fall behind a little bit because I’m trying to do my classwork and out of nowhere the internet is not working, so I can’t hear what the teachers are trying to say. It really makes me sad because I like being in school and interacting with the other people in the class.”

When Kathryn, an attorney from The Legal Aid Society, asked about the problems we had been having with keeping a connection and being able to access my classes, I was happy to speak up about it. As frustrating as it was for me, I knew I wasn’t alone and that other students were also missing out on their education.

When we got the news that the City had agreed to fix the problems, not only in my shelter, but in dozens across the city, I was so happy. With WiFi now available and being told that a stronger network was available, I was able to rejoin my classmates - and I have Kathryn and The Legal Aid Society to thank for that. They kept working, fighting to make sure students like me had the opportunity we need.