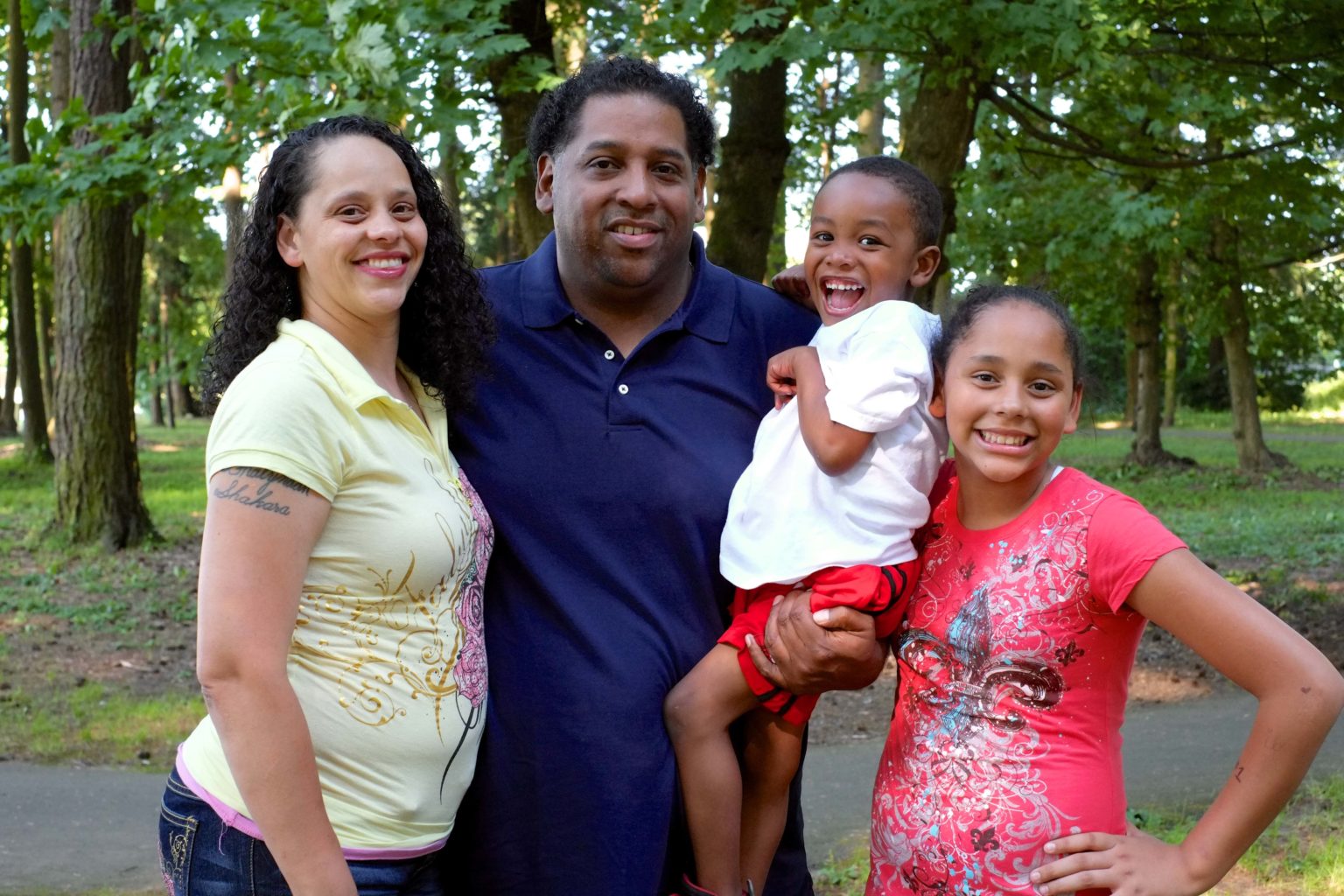 As a native Portlander, Bylinda has seen the city change in many ways, most notably in housing. She’s grown up all over Portland, but fondly remembers family gatherings at her great-grandmother’s house near NE Alberta and 24th Avenue. Her great-grandmother bought the house in 1906 for $5,600, during a time when the neighborhood was predominantly African American.

“Her house was actually the gathering spot for the whole family,” Bylinda recalls. “Everybody in the family, back and forth, you could always go stay at grandma’s.”

Bylinda’s personal history with housing has been complex. For safety reasons, she moved out of state for some time and lived in a domestic violence shelter. She was homeless for a year and a half, living in a van with her fiancé, before she started renting from a coworker. When she initially applied to Habitat for Humanity Portland/Metro East's Homeownership Program, her financial circumstances prevented her from qualifying.

“I didn’t have the means to pay all my medical bills, because I had four kids, and so that debt kept me from being accepted into the program at that time,” Bylinda recalls. “I remember them saying, ‘don’t give up, it’s not the end of the world, give it a little bit of time.’”

She continued to work to support her family, pay down debt, and rebuild her credit. Four years went by and Bylinda decided to submit another application to Habitat – this time, she was accepted.

“I applied and I remember getting the call when I was at work,” Bylinda says. “I screamed and jumped up and down.”
After putting in hundreds of hours of sweat equity alongside her fiancé, Bylinda and her family were able to move into their home in 2013. She finally had a home of her own; her daughter and grandson were glad to have separate rooms after sharing a space for so long.

Shortly after moving in, Bylinda’s fiancé died tragically just a few blocks from their home. His passing was difficult for the entire family, but was especially hard on their daughter, who struggled in school after his passing. Some of the only family photos that Bylinda has with her fiancé were taken by Habitat at a park near their home in celebration of their move-in.

“Because of Habitat, I actually have pictures, our family pictures we took in the park,” Bylinda says. “Those are the only pictures I actually have with him, after everything.”
Despite the hardships she’s faced, Bylinda is resilient. She now serves on the neighborhood Homeownership Association (HOA) and is a committed advocate for Habitat. She encourages people to apply for the program and not to give up, even if the timing isn’t right at first.

“I’ve told people, ‘you definitely need to apply,’” Bylinda says. “The worst that they can tell you is ‘no’, but they also say ‘don’t give up’. I didn’t give up.”

Today, Bylinda shares her home in the Centennial neighborhood with her daughter, who is an artist and works at a youth home, and her grandson, who will start middle school next year. As a first-time homeowner, and one of the few homeowners in her family, she’s proud to be an example to her kids and a support for other families in the neighborhood.

“I continue to be blessed day after day, month after month, year after year,” Bylinda says. “I’ve suffered losses, but that’s also part of life.”