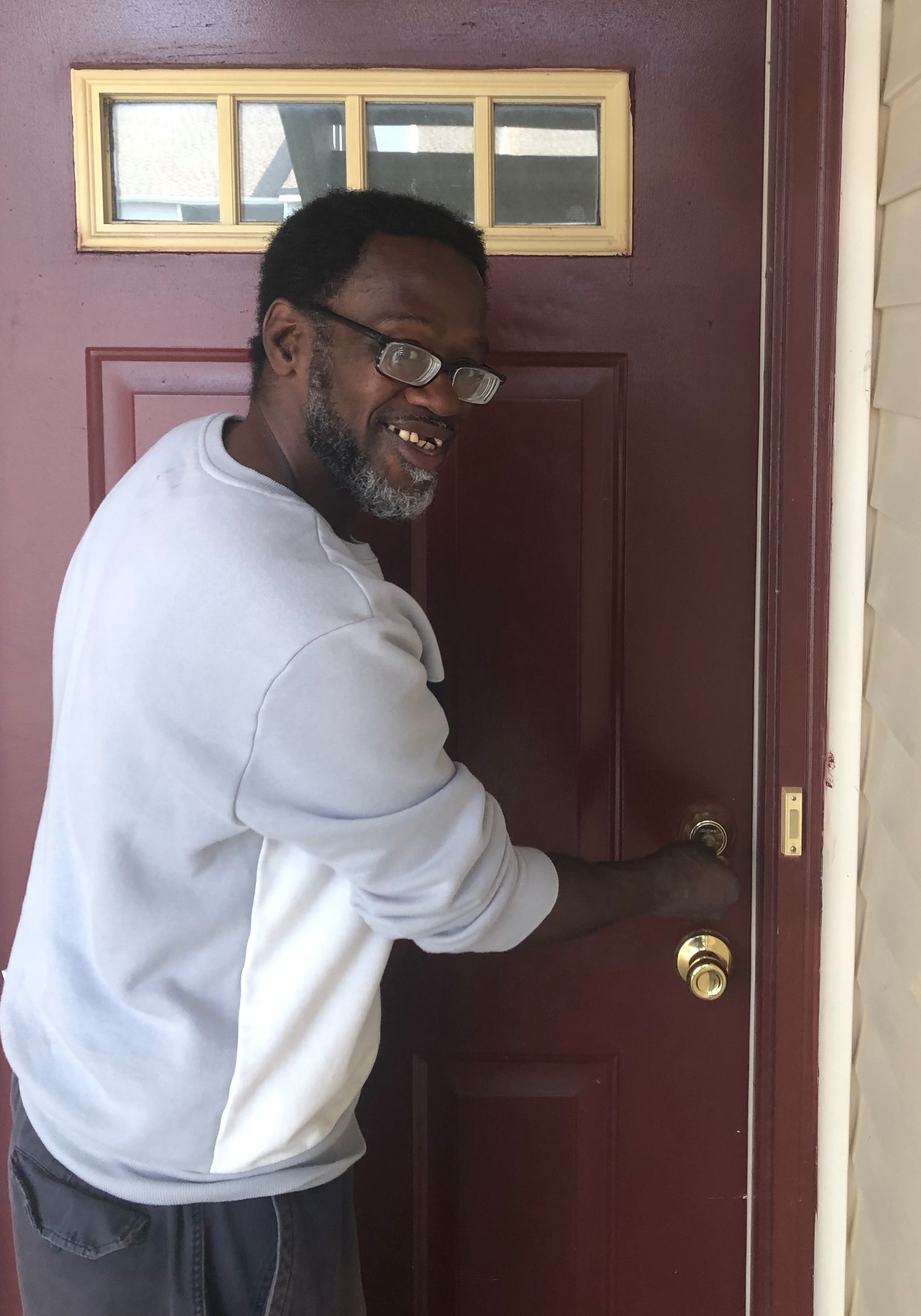 Clyde has been homeless for twenty years. Let this sink in as you think about the past two decades.

Born in Gary, IN, he remembers moving to Virginia Beach and being a sixth grader at Linkhorn Park Elementary. His stepfather served in the U.S. Navy. Childhood was rough. He didn’t finish high school, and was kicked out of the family home.

Clyde couch-surfed with friends. When one place didn’t work out, the young man would move on to the next. It seemed like as friends found their sense of direction, he just became more lost. Years passed by. Clyde worked in fast food restaurants, oceanfront hotels, landscaping, and construction, as well as stocked shelves. “I didn’t have any technical skills,” he shared. “I left the state a few times, and have shared an apartment a few times.”

Eventually, Clyde found himself sleeping outside – homeless and alone. Life spiraled down even further as living outside led to drug and alcohol abuse. He reflected, “It hasn’t been pretty. It’s been difficult. The opportunity to be a normal human being has passed me by. I’m trying to get to the point of being a part of the community. It’s not easy to cross over to the other side.”

Step by positive step, Clyde is crossing over to this other side with JCOC’s help. Now 47, he has stayed at our Emergency Shelter multiple different times over the last ten years. He has eaten at our Community Dinner and received Day Support services we operate at the City of Virginia Beach’s Housing Resource Center. Interaction with family remains limited to phone calls, but Clyde says this decision is fair.

November 12, 2021 marked a significant step forward. Clyde hoped this would be his last time as an Emergency Shelter client. Good news came five days later! Our team had found an affordable housing option for him! On November 17th, the grateful man signed a lease, and moved his few possessions into a condominium he shares with a roommate. JCOC staff gave this new tenant a food box, small TV, and items including bedlinens, towels, and cleaning items.

“I’m praying all of my steps are progressive steps,” said Clyde. “[It’s] very painful and frightening being in this element of homelessness. Thank you to all of the people that loved me respected me and guided me to this point.”

A place to live. Check! The next steps include applying for a driver’s license, saving money for a car, and finding a job. “Now that I have a roof over my head, I can concentrate on these things. I need to put one foot in front of another, take one step at time,” said a very excited Clyde!

To all those who are homeless, he gave these encouraging words, “The doors are open. Just keep fighting to get through them.”