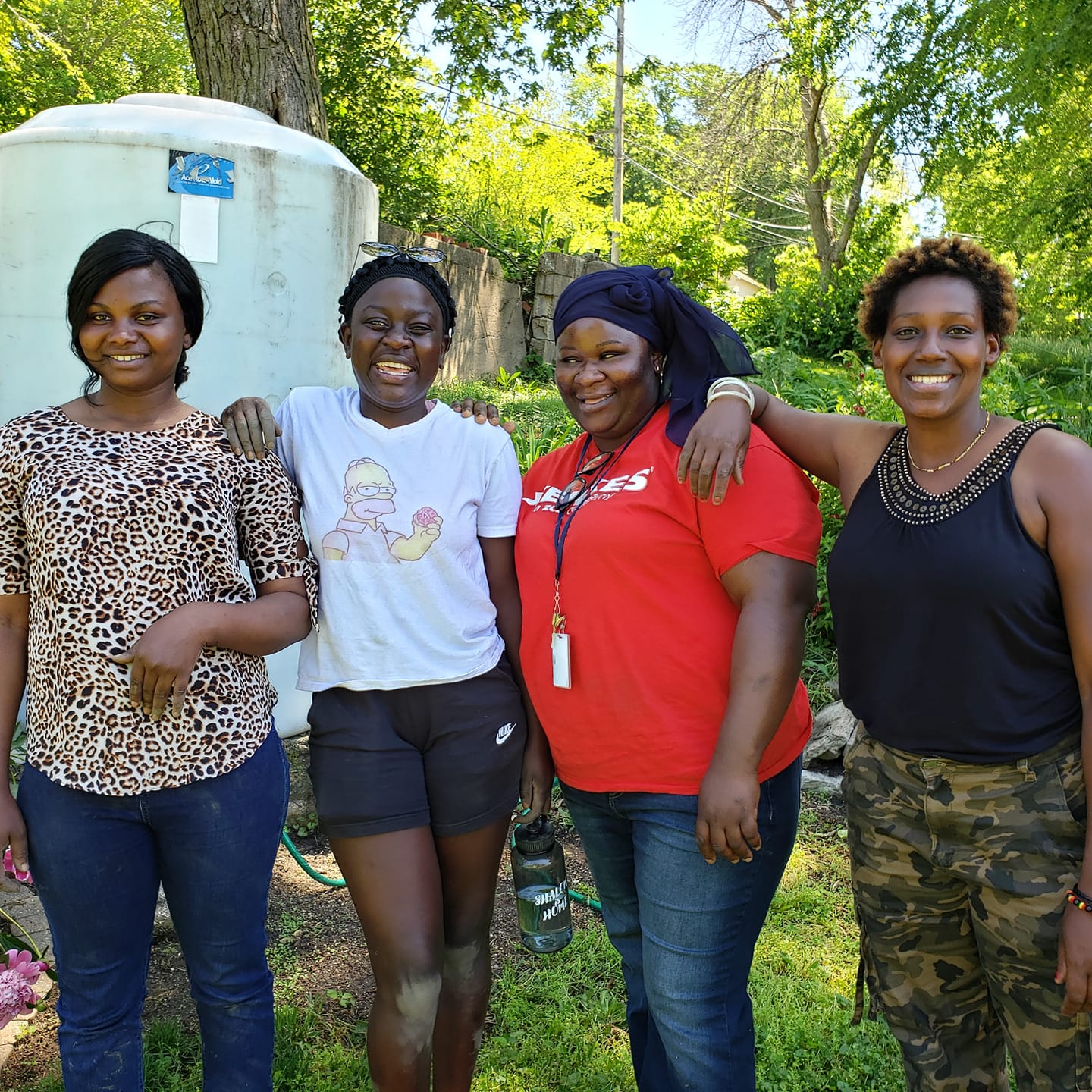 This is the year that the dream of Tapestry Farms is coming true.

We began as an idea four years ago, sparked by the experience of one refugee family of seven who resettled in the Quad Cities from Democratic Republic of Congo. The volunteers who supported them saw, again and again, the crushing barriers this family encountered. One day in June 2017, the oldest daughter brought our founder a bowl of spinach from her garden. Our founder filed the papers two weeks later to start Tapestry Farms.

Since then, we've connected with 43 refugee families in a variety of ways. Some requested short term supports. Others needed help with food. A handful needed an all-hands-on-deck intensive response. No matter the level of involvement, we work to get to know the families and the systems that they access to ensure they are getting all of the resources they need and deserve.

We've also grown from helping at a couple of garden plots to managing five plots throughout Davenport, Iowa. This year, we are tending four plots that were previously established, and developing a long-vacant piece of land into an urban farm plot. The food grown is chosen with refugee preferences in mind - including a vegetable called intoryi and a leafy green known as lenga-lenga. We are closing in on delivering 80 half-bushel boxes of food to low-income neighbors and friends who purchased shares from our farm. We also have given away food to several refugee families, including four women who participated in a program for refugees with disabilities or who are experiencing extreme isolation.

As we look to the future, we look towards sustainability in the number of urban farm specialists, community navigators and leadership we can hire. And, we look towards transforming a long-vacant building next to one of our plots into an office, a transitional housing apartment, and a year-round farm shop/greenhouse for our organization.