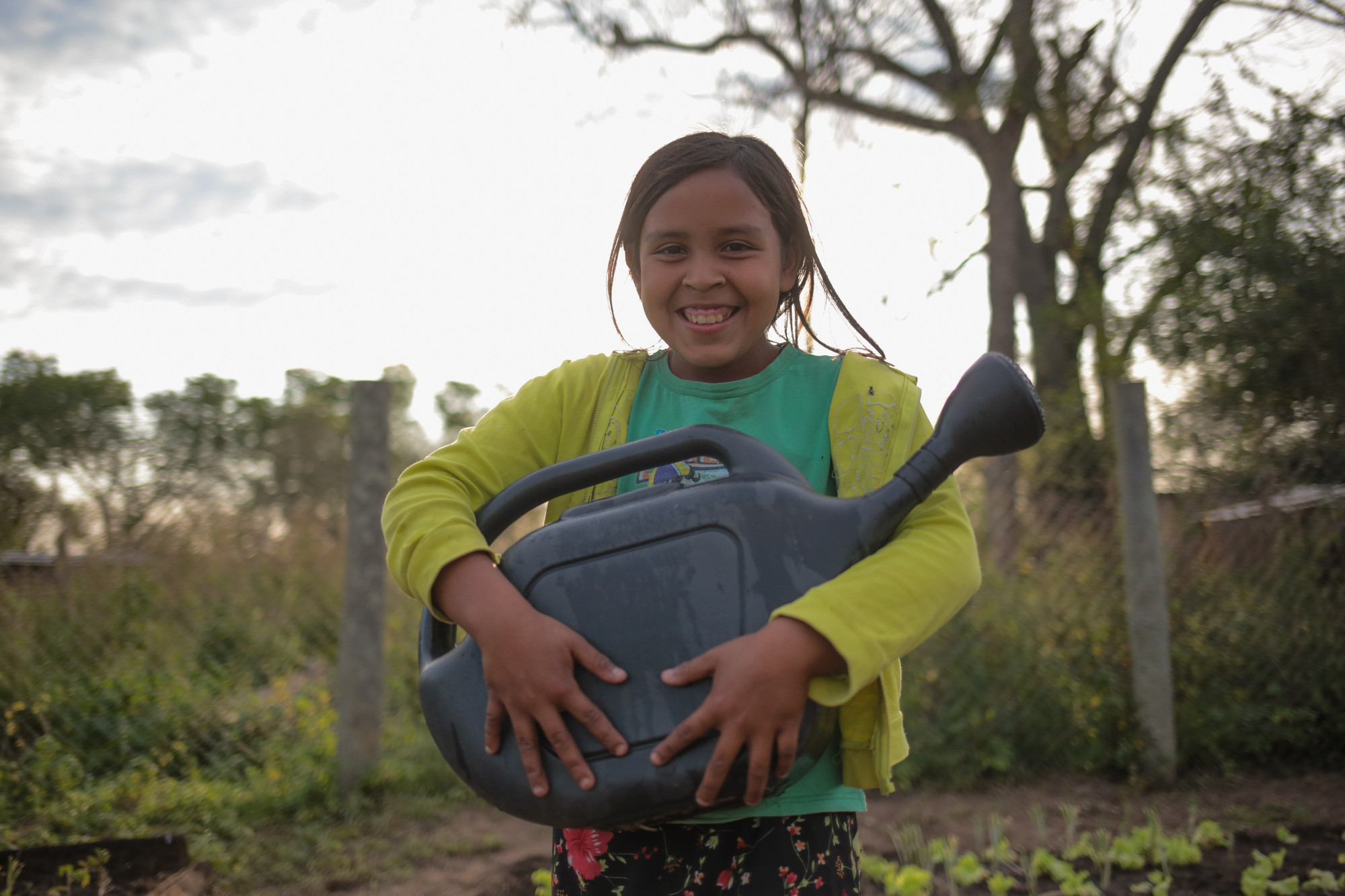 The average farm in the United States is about 443 acres. In rural Paraguay, a 2,500-acre farm is considered to be small to medium scale.

This vast area is known as the Gran Chaco. For most of its history, this land has been home to indigenous communities. The Sanapaná and other indigenous groups were nomadic, hunting, gathering and fishing in the largely untouched natural areas.

In recent years, however, these wide-open spaces have become home to giant commercial farms. Massive corporations have bought hundreds of millions of acres that they are using to farm genetically modified soya and corn, which is then exported. Many of those harvests end up as livestock feed in China, for example.

Meanwhile, the Sanapaná have had their movement severely restricted. As the area has increasingly been divided into parcels of private land, less and less is left for its original inhabitants. They end up living, quite literally, on the fringes of society. Some have tried to make a home on bits of land on the side of the road. Others have had their communities surrounded by private farms and end up cut off from the rest of the world.

And with their freedom of movement goes their ability to provide for themselves the way that they have for generations. They can no longer travel to their traditional hunting and fishing grounds. The precious natural environment is also suffering or being destroyed by the commercial giants.

Sanapaná families have struggled to adapt. Some have found occasional work as laborers on nearby farms. For the most part, though, they are still trying to survive by hunting and fishing, but nutrition and food security have suffered. Many families rely on traveling food salesmen to feed their families, but the food is overpriced, especially compared to their low incomes.

We recognize that the Sanapaná are in an unfair and difficult situation. So, alongside our partners, we joined these indigenous families in 2018 to help overcome food insecurity and the other challenges that come with isolation and marginalization. Now, we’re working with the Ministry of Health to make sure doctors can visit these communities. Also, a water consultant is helping indigenous communities create custom proposals so that they can advocate to the local or national government for more support for water and agriculture.

And then there are the gardens.

We’re connecting the Sanapaná people to agricultural experts and the tools they need to set up public gardens. These gardens provide a space for indigenous families to learn about and experiment with growing different types of vegetables in their local climate. Despite setbacks from flooding and droughts, families have enthusiastically taken to the gardens. They represent a new way for families to put food on the table despite having such relatively restricted land access.

The Sanapaná story is a sad one, filled with destruction, vulnerability and marginalization. By working together, however, we’re helping them turn the page into a new, more hopeful chapter.