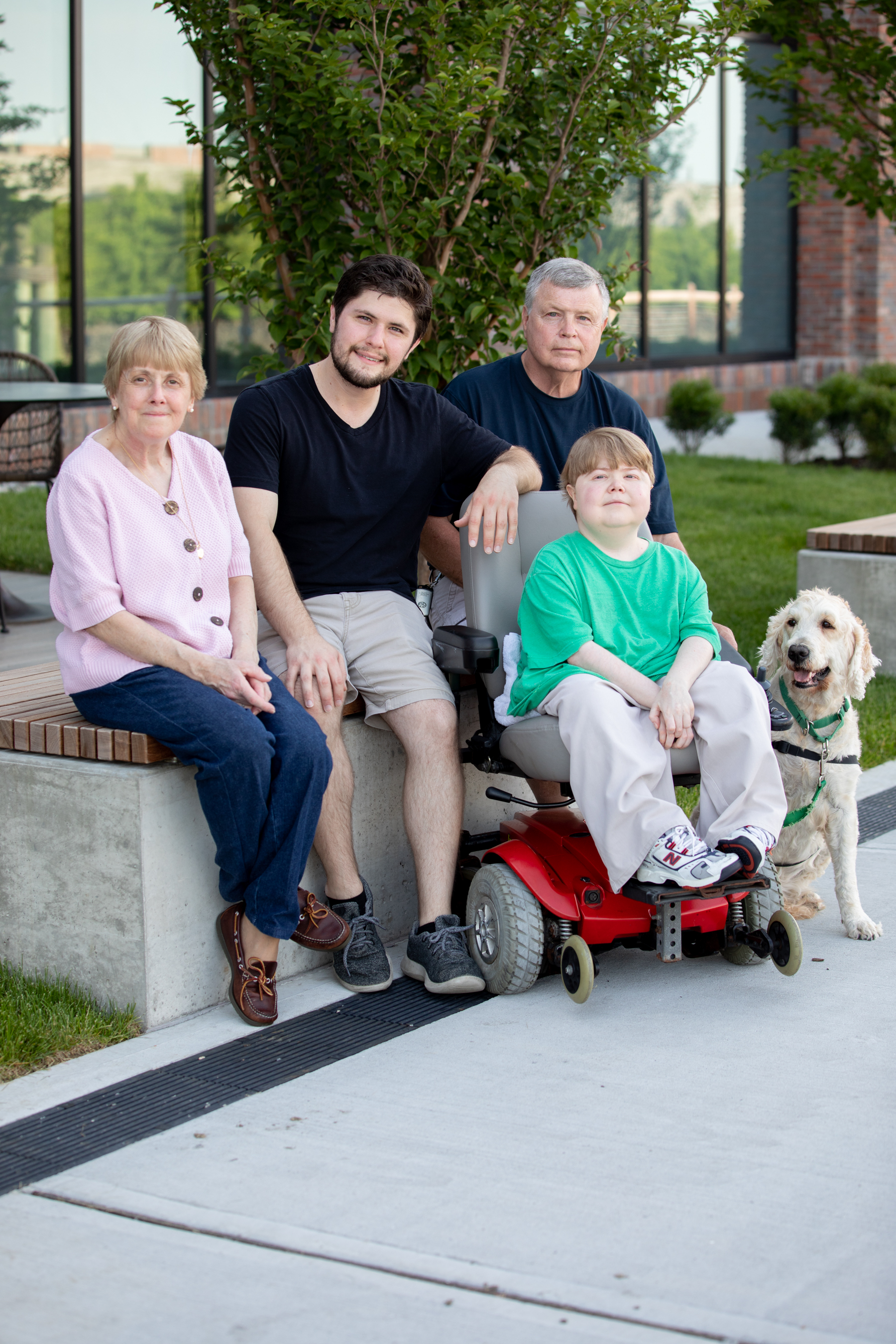 From the moment of my brother, Terry’s, diagnosis of Duchenne muscular dystrophy, time was ticking away for my brother. For Terry, “sick" didn’t mean a runny nose, antibiotics, or missing school here and there. It meant walking into a movie theater only to get stuck at the steps leading to our seats because his progressive disease overcame his ability to lift his leg. Even 15 years later, the panicked look that washed across both my father and brother’s faces that day is something I will never forget.

Unfortunately, with progressive diseases, these moments don't stop. They become recurring.
‍
Like the day my mom called and said: “Terry’s fallen again." Falls weren’t uncommon for my brother but with every fall the chances of him not being able to walk again increased dramatically. I was far from home and felt completely helpless. My family needed me, but I found myself having just started business school and months away from being able to be home with them.

A family impacted by rare disease only has two options: fight or stand idly by. Standing by wasn’t an option. So, I did what I could do in the place where I was. Fortunately for me, the place where I happened to be was Harvard Business School.

I decided to start thinking bigger.

My parents had spent years and tens of thousands of dollars doing everything they could to help my brother by giving him the best chance at a normal life that someone with Duchenne could possibly hope for.

Now, it was my turn to strike back.

With no drug or drug trial available to help and with precious time continuing to run out, I set out to find a cure for Terry.

I sent hundreds of emails to researchers, lab owners, chemists, biologists, and doctors. Anyone I thought might be able to help my brother received an email from me explaining my brother’s situation, the urgency I felt, and the mission I’d set off on to find a cure for him.

As I repeatedly hit send, I held my breath — just like when my mom would call. Except this time, it wasn’t fear I was feeling. It was determination. I was hopeful that my school’s name would be enough to get the attention, and help of, even one person I reached out to. And it was.

What happened over the next three years was a blur – an organization was founded, an unprecedented collaboration of the world’s leading researchers was formed, and a first-in-human therapeutic was developed, tested and manufactured to, not only treat, but stop a disease that has never had a survivor.

After hundreds of phone calls, millions of dollars raised, and thousands of hours of R&D, on a warm, sunny morning on July 15, 2022, I got the call that the FDA had approved our Investigational New Drug application to allow the clinical trial to proceed.

While the journey was not yet over, the FDA approval meant that we proved our ultra-rare drug development model works, creating hope – for my family, and the thousands of families worldwide, who are done sitting back with their hands tied, unable to do anything as their loved ones lose their mobility and their lives to these rare diseases.

Three years later and millions of dollars invested into translational research, I am proud to say that Cure Rare Disease boasts a therapeutic pipeline of over 19 programs, each being engineered to improve the lives of patients across the globe who are impacted by devastating rare diseases for which there are no treatments. Collectively, our therapeutics have the potential to help 200,000 Americans suffering from rare diseases with no treatment.

‍I set out to save my brother Terry. Through the power of collaboration and gene therapy, I now see that my team and I are able to impact the lives of hundreds of thousands of patients today, so they too, can live to see tomorrow.