Knowing Seizure First Aid Can Help Save a Life 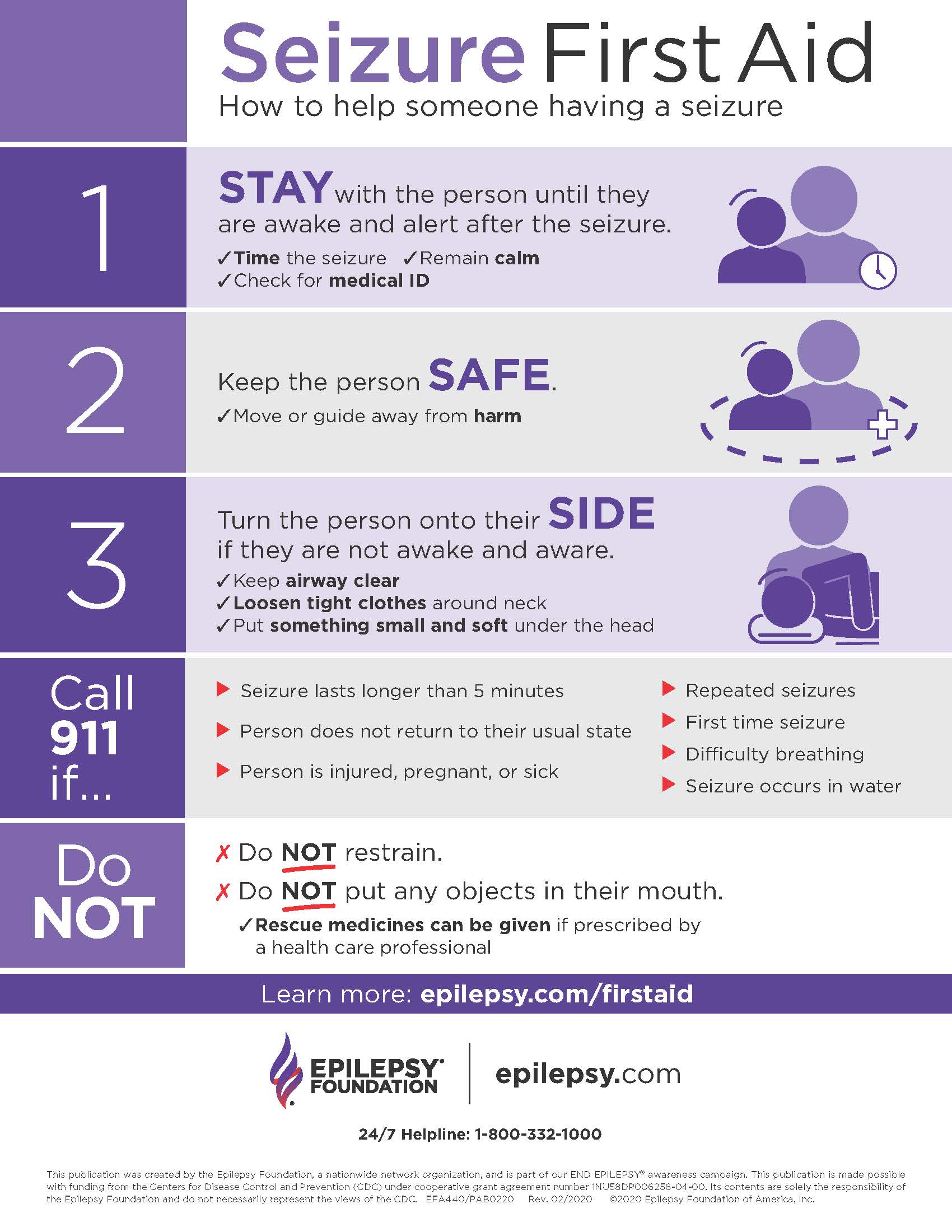 Epilepsy is the underlying tendency of the brain to produce seizures, which are sudden abnormal bursts of electrical energy that disrupt brain function. There are many different causes but often the cause is unknown.

Anyone can have a seizure and be diagnosed with epilepsy -- any person at any age. According to the World Health Organization, epilepsy is the most common serious brain disorder worldwide with no age, racial, social class, national or geographic boundaries. The U.S. Centers for Disease Control and Prevention (CDC) estimates 3.4 million people in the United States are affected by epilepsy. Yet, the idea of a seizure is unsettling to most people, and millions would have no idea what to do in the event of witnessing a seizure. Compared to the general population, people with seizures are 30 percent more likely to have accidental injuries and have twice the risk of dying .

For years, the Epilepsy Foundation has partnered with the CDC to build nationwide programs to ensure school personnel, first responders, seniors, caregivers and the public are better trained to recognize seizures and administer first aid. The Epilepsy Foundation recently launched the first and only Seizure Recognition and First Aid certification training geared toward the general public. The goal of the certification program, which is available through instructor-led live webinars, is to educate everyone on the Epilepsy Foundation’s approved procedures for recognizing seizures and responding safely to someone having a seizure.

The Seizure Recognition and First Aid certification program incorporates the Epilepsy Foundation’s new approach to seizure first aid — #StaySafeSide — which is tailored to seizures with change in consciousness, awareness, movements, behaviors and setting. Since the certification program rolled out in March 2020, the Epilepsy Foundation has trained more than 2,400 people, all of whom are now certified in Seizure First Aid. Providing accurate training for recognizing seizures and safely administering seizure first aid is part of the Epilepsy Foundation’s efforts to ensure the safety and well-being of people with epilepsy.

Most everyone knows someone with epilepsy, so it is time to educate ourselves and advocate for others — the people we know and the people we don’t yet know who have epilepsy and live with seizures. By knowing how to recognize a seizure and getting certified on seizure first aid, people can help decrease the number of injuries from seizures and help those with epilepsy feel safer in their communities.