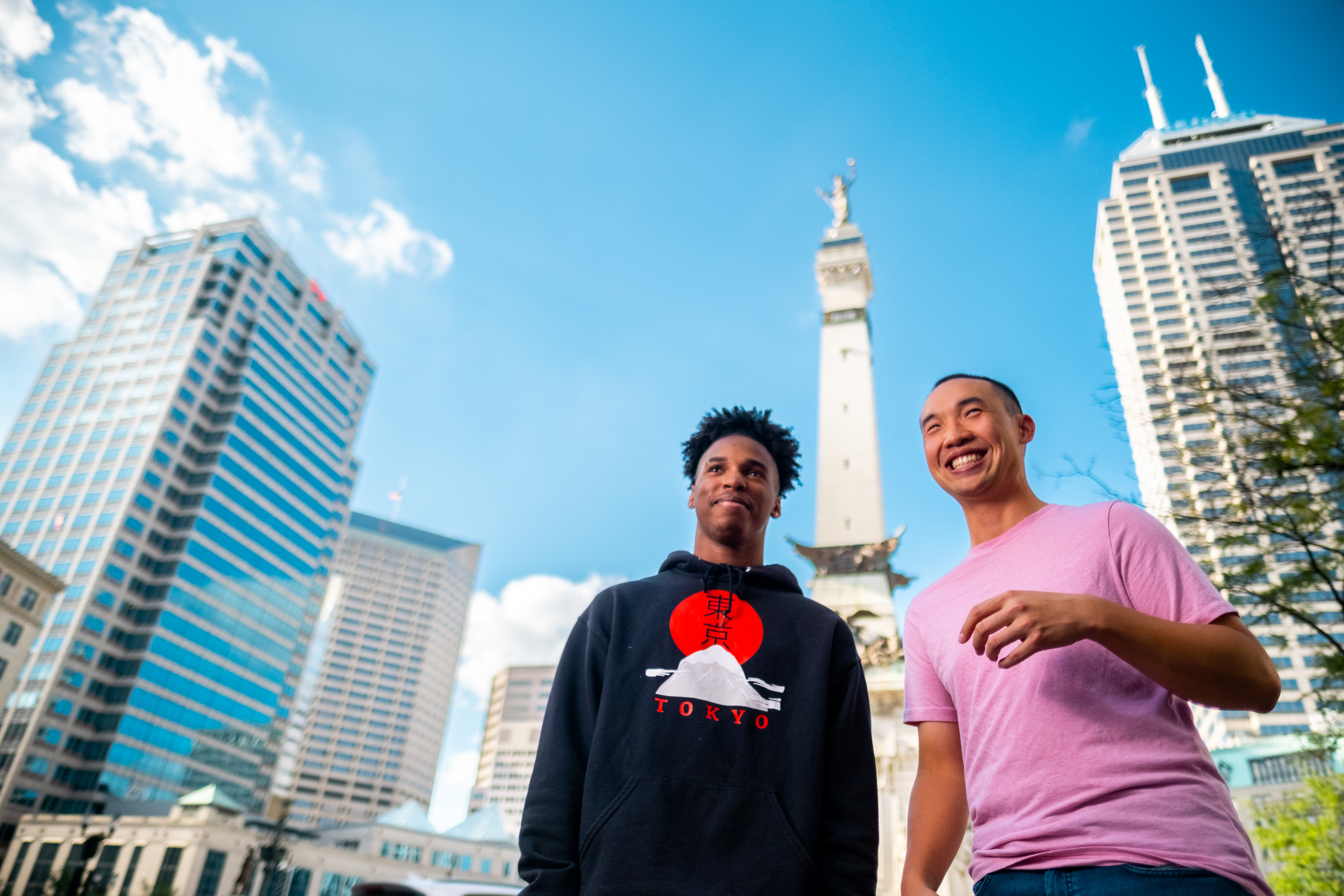 Big Brother Ryan and Little Brother Jerome have been matched since December of 2018, and supported all along the way by Jerome’s mom, Shonna.

Ryan was inspired to become a Big because of the impact of his older sister. They have been best friends for his whole life, and Ryan “always wanted a younger sibling because she has been an amazing mentor to [him]”. There was pride in Ryan’s voice as he continued, saying, “Jerome has been an amazing little brother and we’ve had a ton of fun together.”

Jerome was in the 8th grade when they were first matched. From the middle schooler that Ryan first met, to the senior in high school that Jerome is now, he has grown a lot in four years. He’s grown in confidence, communication, and maturity. Even with all the growth and change, the positive qualities that Ryan admires about Jerome have remained the same. “Jerome is so caring, and he’s always been that way – I just feel like over time he’s grown more into that”, Ryan said.

The two of them enjoy doing a wide variety of activities together. They play everything from basketball, to tennis, to fortnite. Both of them are competitive, but not with each other. Their goal when they play a game is always to have fun. Jerome’s favorite memory of an activity they did together was a trip to a trampoline park. He almost landed a double flip and Ryan caught in on video.
Jerome is graduating soon, and he has high hopes for the future. In the future he wants to go to college and become a lawyer or an engineer. He doesn’t want to be in a position to worry about anything, and he also wants to own a taekwondo studio.

Shonna enrolled Jerome in our program because she is “an advocate for anything positive”. She believes that a person can’t have too many positive influences in their life. She sees the impact of that positivity firsthand when she looks at her son. As a senior in high school, Jerome is a 3rd degree black belt, a 4.0 student, and an overall mature person. Shonna recounted that with emotion in her voice, adding that she likes to think that she’s had a hand in that. Jerome certainly thinks so, adding that his resilience in difficult situations comes directly from his mom.

Shonna closed out the conversation by saying: “I want to see my son be a giver – give back for everything he has received. I want him to continue to have a good outlook for his future and be encouraging. My son can do anything he puts his mind to. He’s really talented in a lot of ways and I want him to have confidence in knowing that. Maybe he will be a Big Brother in this program one day.”