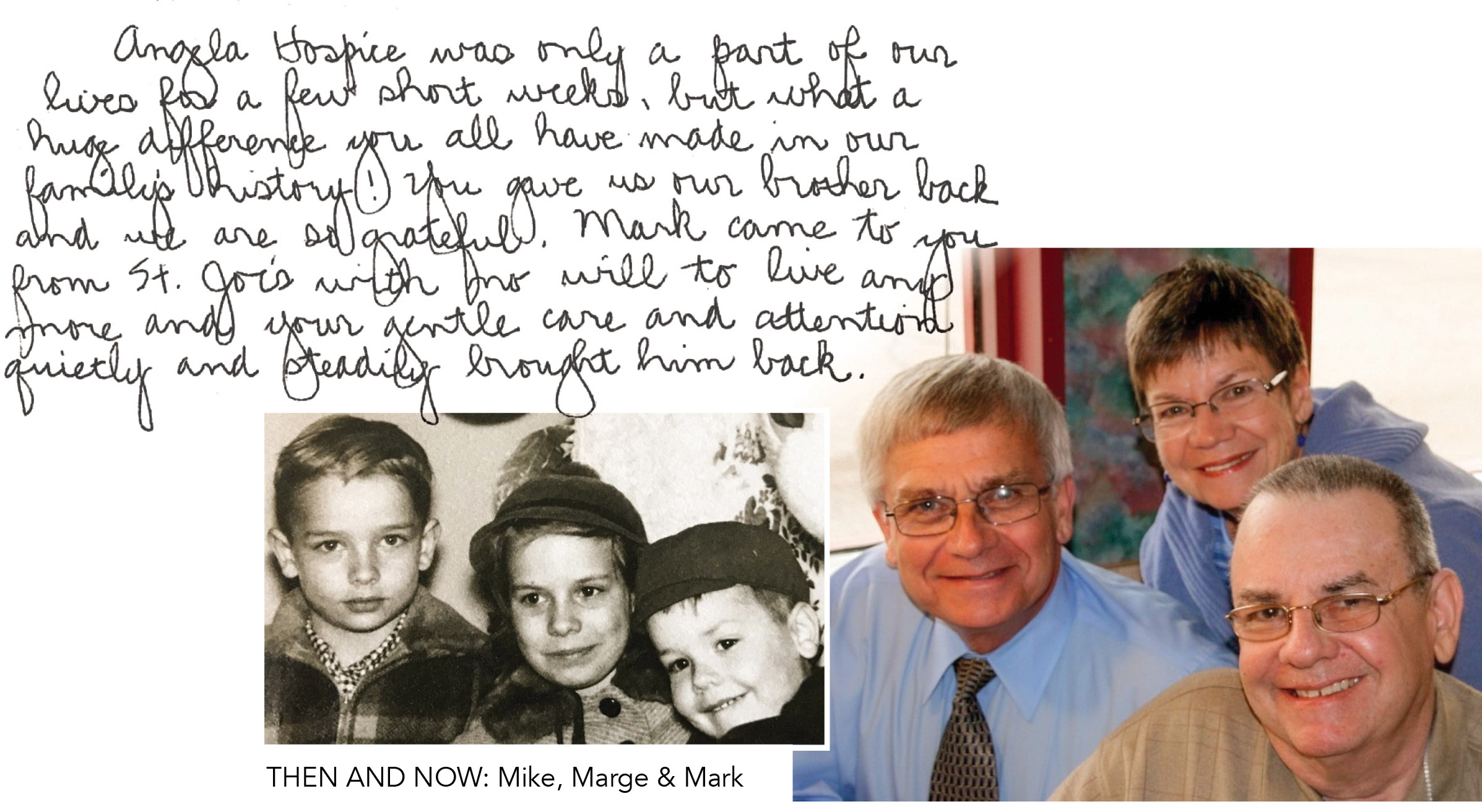 When Mark Kress was seven years old, he was out riding his bicycle one beautiful, sunny morning, when the unthinkable happened: he was struck by a car. His doctors weren’t sure he would make it. But Mark is a survivor. After six weeks in a coma and undergoing surgery on his skull, Mark pulled through.

“He’s my baby brother,” Marge Hamilton said affectionately of her now 70-year-old brother. “Mark, to me, is a miracle person.”

Earlier this year, Mark would narrowly escape death for the second time, as he battled COVID-19. In March, he went to the hospital with a 103-degree fever and tested positive for the virus. It was touch and go as his condition fluctuated.

“At one point he actually coded and they brought him back,” Marge explained. But the ordeal left Mark exhausted.

“He was done,” Marge said. “He wanted no oxygen, he kept ripping it out. He was refusing to eat.”

“You were so kind when you admitted him,” Marge said. She recalled how the nurse explained to Mark that they would bring him meals, and he could decide if he wanted to eat, but they would not force him. “I think he responded to the gentleness,” Marge said.

Very soon, Mark’s miraculous nature would begin to shine through.

“Within three days he was eating, he was beginning to talk again…It was just an amazing turnaround,” Marge said.
She and her other brother Mike were able to speak to Mark on the phone while he was in the Care Center, and they received twice daily updates from the hospice staff. What they witnessed, was a transformed Mark.

Marge said by the end of Mark’s stay at Angela Hospice, “It was really cute because he was sending his compliments to the chef....”

After his second COVID test came back negative, Mark was happy to be able to go back home to Gilbert Residence where he has lived for the past 10 years. Marge and Mike went to visit him at his window there.

“He smiled the whole time, he was talkative,” Marge said. “I mean, he was just thrilled to be alive.”

Mark has never been a big talker, but since beating COVID-19, he’s been more expressive. Marge said Mark recently spent ten minutes on the phone with his niece, and “in the space of that ten minutes, he told her he loved her three times.”

Just days after Mark’s return to Gilbert Residence, one of his caregivers told Marge, “He’s a completely different person than he was before.”

“He’s just been our miracle brother,” Marge said. “The fact that he made it through this and came out.…”

“We were delighted that we found Angela Hospice,” Marge said. “You really did help bring him back.”