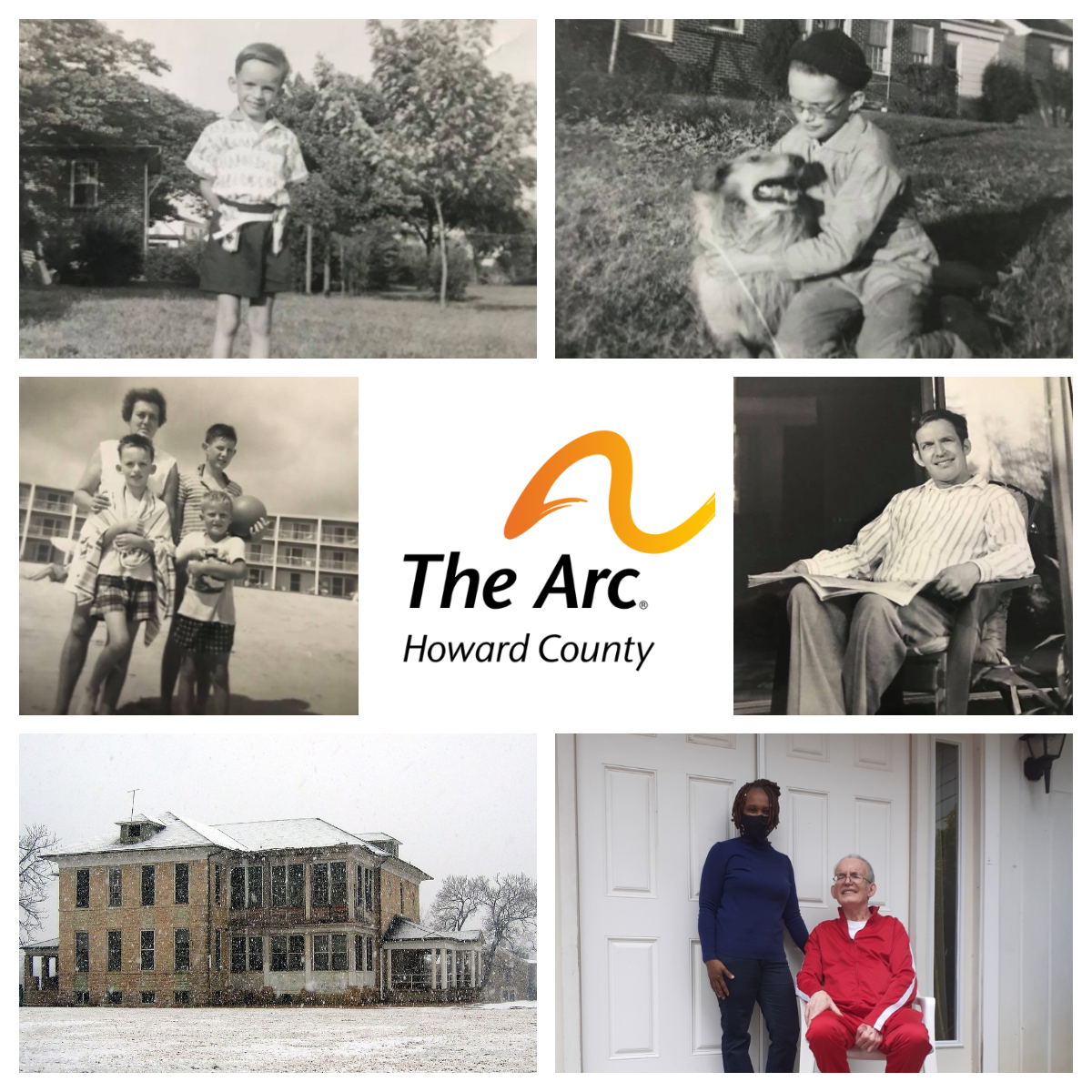 Sixty years ago, in 1961, The Arc of Howard County was founded, established as a grassroots effort by families of people with intellectual and developmental disabilities, who believed there must be a better way. Sixty years ago, people with IDD were either “hidden away”, marginalized or institutionalized. For people with disabilities, their rights were nonexistent with little thought given to what their personal choice would be.

This is what it was like for one young man born with disabilities, over 60 years ago...Richard Lowry was born June 3, 1951. Feeling that she couldn’t care for her young son with disabilities, shortly after his birth Richard’s mother placed him in the care of Chatholic Charities.

At the age of 2, Richard was placed in his first foster care family, but returned to Catholic Charities due to his foster parent’s inability to cope with the responsibility of caring for Richard’s medical “problems.” At the age of 6, Richard was again placed into a foster family, with a loving mother and father and two more children, giving Richard brothers to live and play with. Richard had a rich and full life, until tragedy struck. Richard’s foster Mom became ill and soon passed away. As Richard tells it, his father worked shift work and now felt that he could not “adequately care” for his foster son. It was the year 1960 and Richard was sent away to live at Benedictine School in Ridgely, MD. Being very bright with a love of learning, Richard enjoyed his time at school. Even though living at Benedictine meant being away from his foster family and sleeping in an open area with over 30 other young men, Richard states that he, “was very happy there and wanted to stay”. Unfortunately, after living at school for several years, Richard began having seizures and some behavioral issues and the school felt they could no longer keep him there. It was in the spring of 1966 that Richard saw his birth mother for the first time, in court, the day she signed the papers to commit him to Rosewood Asylum; he was only 14 years old.

Rosewood was established in 1888 as the Asylum and Training School for the Feeble-Minded. The original idea for Rosewood is that it would be a training center to “care for and educate all idiotic, imbecile and feeble-minded persons,” who would attend
to learn a skill and leave the program at age 17. By 1961, the facility was renamed the Rosewood State Hospital and the people who were sent to Rosewood were sent without their consent and were placed there for life. Also by this time any training was
little or non-existent and the facility served as little more than a “warehouse” for people with disabilities. There were many rumors of abuse and neglect. Richard did not want to talk much about his time at Rosewood. He did say that he witnessed abuse and did not
like it there. Richard was one of the first people released in the year 1984, and the facility was permanently closed in June of 2009.

Richard began receiving services from The Arc of Howard County at the age of 32. Richard loved the freedom of making his own choices. Richard went from “eating a hamburger everyday” at Rosewood, to learning to choose and cook his own meals. He found a full-time job, he attended events in the community with friends and was one of the first people with a disability in Howard County to co-purchase his own home with
his roommate. Richard has received many awards for his advocacy to advance the rights of people with disabilities and currently serves on the Board of The Arc of Howard County.