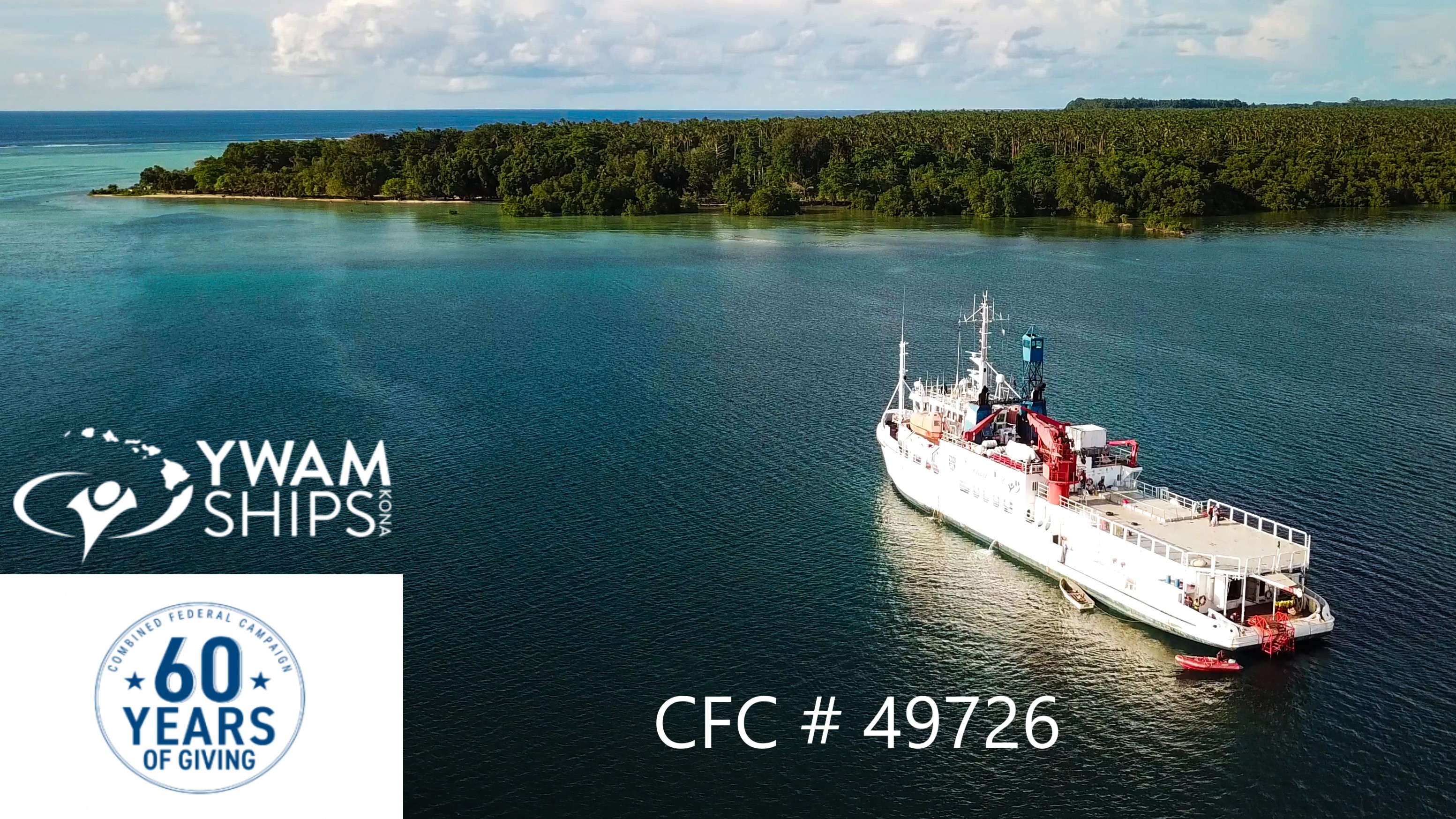 YWAM Ships Kona exists to serve isolated islands and
remote shoreline villages through health and healing
services. Using ships to serve is not just a good option
for these locations, it is the ONLY option. Islands without
airports, and shorelines with no roads or bridge access,
are limited to ships able to reach them and
provide services.
We believe that everyone on earth, no matter where they
live, should have access to basic provisions necessary
for people, to thrive – food, clothing, shelter, Christian
education for their children, medical care when needed.
From Panama, to the Marshall Islands, to Papua
New Guinea (PNG), and many other locations, our YWAM
Ships vessels carried volunteers, with hearts to help and
hands to show kindness, in order for this mandate, which
we call the Christian Magna Carta, to be realized.
The YWAM Ships Kona training and logistics center,
known as Port YWAM, was a former hotel nestled right in
downtown Kailua-Kona. Port YWAM sits across from the
pier where the first missionaries arrived in Hawaii in 1820,
and where in the latter 1800s, five different missionary
ships known as Morning Star I through Morning Star
V were sent out from Kona to serve in Pacifica. It is a
historic legacy that continues today with a new generation
of seafarers committed to fulfilling the great tradition of
Hawaii serving the islands of the Pacific. This campus
is our primary training and field support facility. We are
also just one mile from the University of the Nations Kona
campus, our “twin” in ministry.
YWAM Ships Kona is part of a movement of international
volunteers who seek to serve the most difficult-to-access
islands across the globe. YWAM has been using ships as
a mobile outreach platform since 1978.
We can overcome isolation and lack of access using
ships, while allowing local health workers and other
volunteer personnel transport to many communities
struggling to receive basic services. Both ship-based
and land-based (usually deployed from the ship to reach
further in-land) activities occur. Our ships bring medical
aid, along with doctors, dentists and ophthalmologists on
board. We provide primary health care, health promotion,
preventive medicine and oral health, and correct reversible
vision loss and cataract blindness.
Summary of 2018 milestones and highlights:

• Reached much of the coastal and island regions of East
New Britain and Bougainville with training and
medical services.
• Conducted 147 ophthalmic surgeries which brings our
grand total, since 2016, up to 688.
• Accomplished the highest number of outreaches to
date supported by local PNG eye surgeons. Five of the
seven outreaches offered eye surgeries.
• Maintained a high level of Papua New Guinean crew on
board, with over 30% serving in various capacities.
• Sustained partnerships with New Britain Palm Oil Ltd
and Hargy Palm Oils Ltd.
• Delivered Bibles and medical care throughout the
outer Marshall Islands based from Ebeye Atoll. Locals
reported that YWAM Ships Kona’s crew was the first
in decades to come and offer such services. 2933
services were delivered in these extremely
remote locations.