Sonia is safe, pregnant, and awaiting her green card! 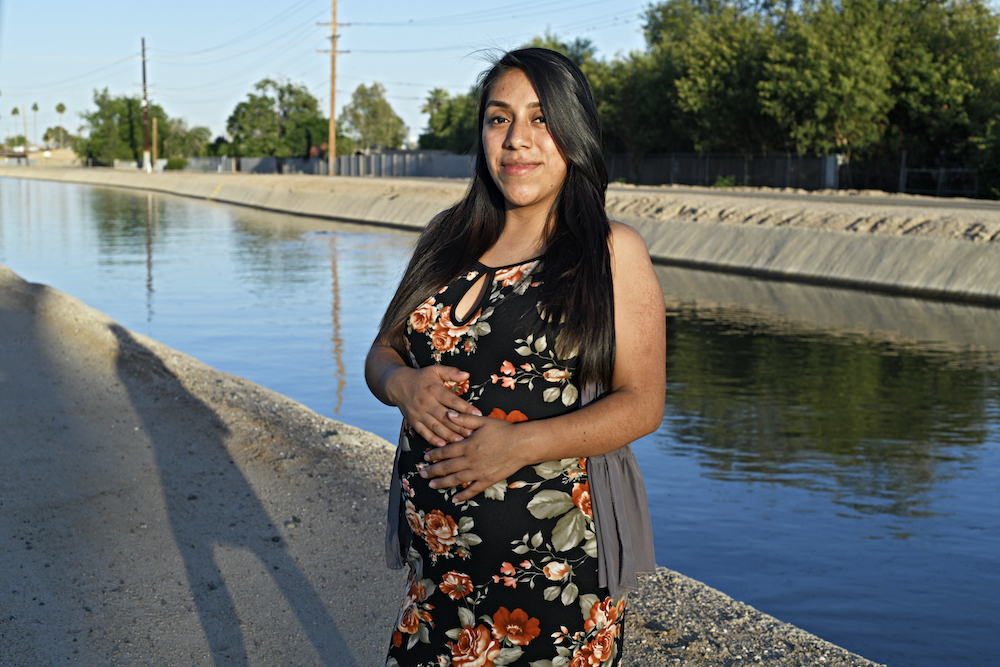 Seeing our Children’s Program clients grow up over years of working together is incredibly rewarding. We want to share that joy with you. Sonia migrated from Guatemala at age 16 and now, at 22-years-old, she is waiting for her green card, and settled into the Phoenix community, pursuing her dreams.

Sonia is pregnant. Her first child is due soon. As a Legal Permanent Resident, Sonia won’t have to fear being separated and removed from him and his father. A stressful 2020 ended with new beginnings for Sonia, both in her legal status and now with motherhood on the horizon. Sonia and her partner live in the Phoenix community and are thrilled for the security the Legal Permanent Residency provides them as a family.

“She stressed a lot,” Hugo Rodriguez, one of eight Florence Project advocates to assist her over the years, says regarding the final steps of Sonia’s adjustment of status. “When we got her approval, she choked up because of what it means for her to be able to stay with her child.”

The Florence Project first connected with Sonia in 2016, shortly after her release from a children’s shelter in Texas. She had moved in with a family member in Phoenix. Having fled extreme neglect in Guatemala, she was eligible for Special Immigrant Juvenile Status (SIJS). The Florence Project Children’s Program assisted her with the daunting application process and represented her in both Arizona state juvenile court and immigration court.

“I had never been to court before. I was very worried, thinking they wanted to deport me to Guatemala, and because everyone was a stranger,” Sonia recalls. “But there was an interpreter and they treated me well, as did the judge and the Florence Project lawyers who were with me. They did everything possible to win my case.

“I trusted the Florence Project a lot, and this is the result of the work of all those who supported me.”

Florence Project legal assistant Ana Maria Miranda says Sonia was always in a joyful mood when they spoke, even though she knew that she had a long road ahead of her: “Having Legal Permanent Resident status here in the U.S., Sonia can now chase her goals and dreams. She can live in the U.S. with less fear and anxiety than before. I am ecstatic for Sonia and what her future holds.”

Back in 2016 when the Florence Project took on Sonia’s case, work permits were quickly granted for young migrants pursuing the Special Immigrant Juvenile Status visa. The work permit helped immensely in lifting Sonia’s spirits and giving her confidence in the immigration process. Sadly, due to current backlogs, it can now take several years to obtain work permits, making life difficult for those with pending applications.

Sonia currently works for a company that packages jellies and syrups, and recently she was promoted from the assembly line to a quality control position. She intends to continue her education soon to improve her English with hopes of working in an office someday as a receptionist. Sonia enjoys conversing with people and helping others in a bilingual environment.

Hugo believes she will succeed: “She’s one of the most attentive clients I’ve worked with.” Ana Maria also mentions that Sonia “was very responsible about her legal case and attentive to anything we needed from her. I can’t wait to see what her future holds.”

Upon reaching this milestone, Sonia reflected on her first months adapting to life in Phoenix. The hardest part was getting to know the city — recognizing the streets and avenues, finding a pharmacy and a supermarket, learning the bus system.

What seemed most foreign at the time was the way strangers room together to afford housing in the U.S. “In Guatemala, you live in a house with your parents or your kids, but here in the United States, I’ve seen people live together that barely know each other, because they’re renting a room. That seemed odd to me.”

Sonia has proved clever and resilient throughout her journey and is now adjusting to pregnancy. “No one is ever truly ready to be pregnant,” she admits. “It feels strange at times. It’s something new for me that I’m experiencing day by day and I’m trying to do well.

“I want the best education for my son,” Sonia adds, “and that he has great opportunities in his life, and that when he grows up, he can become a doctor, or whatever he wants.”