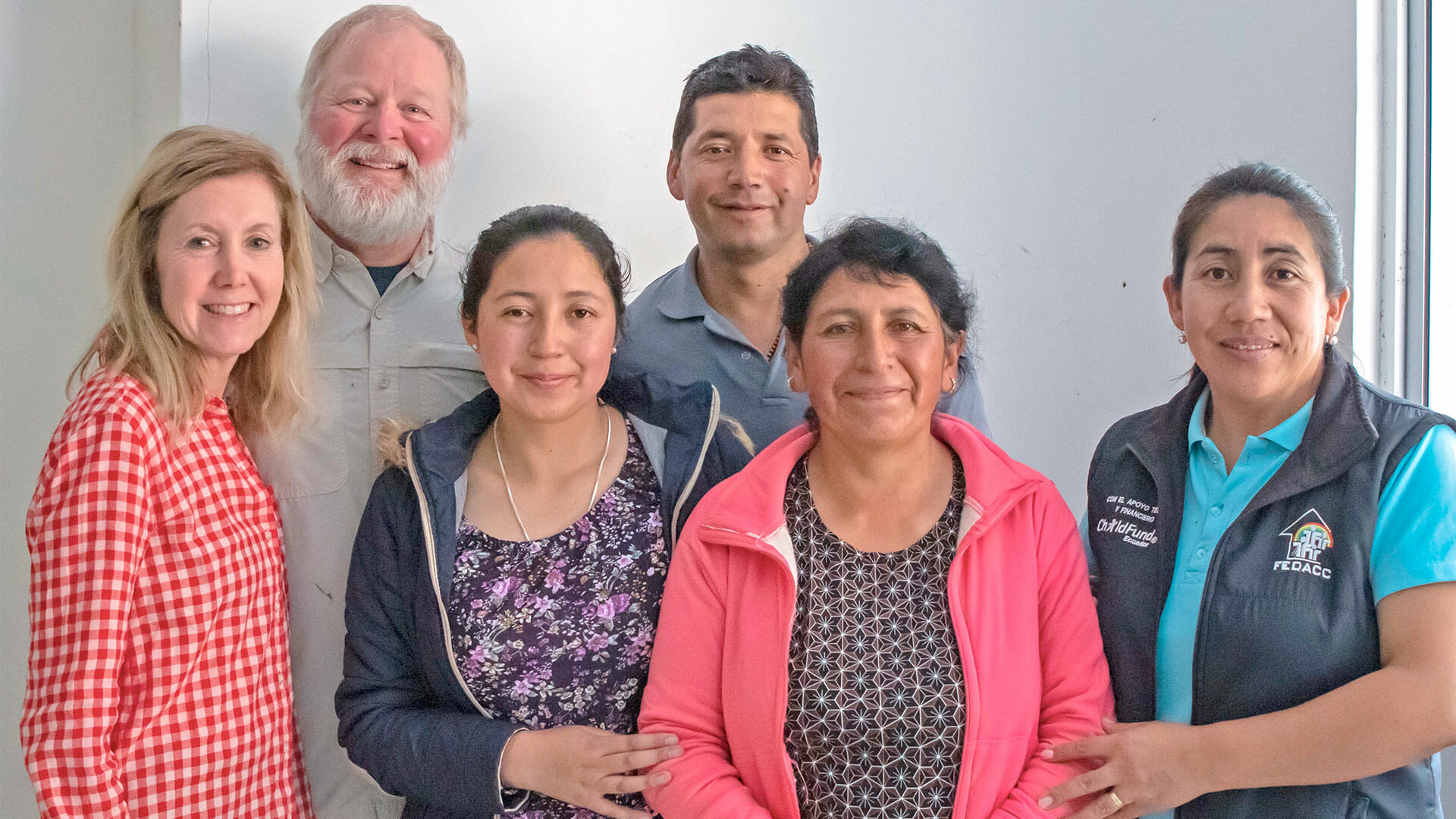 Ibeeth, 23, was born in Carchi, Ecuador. Her mom, Blanca, stayed at home taking care of their house and the kids (Ibeeth and sister Katty), and her dad, Félix, worked as a day laborer, but his income wasn’t enough to cover the family’s basic needs.

Ibeeth's parents enrolled her in ChildFund’s programs in 2001, and in 2005, when she was 8, Ibeeth was sponsored by Thomas Pisoni, from the United States. Thomas had had an accident as a teenager and became quadriplegic, but after a long and painful recovery process and a lot of hard work, he was able to go to university and study accounting. As an adult, he wanted to give back so that someone else would have a chance at their education too. And Ibeeth was eager for the opportunity. Early on, Ibeeth's parents recognized that she had a gift for helping others, and she already showed a great interest in medicine. During her school years and into college, Ibeeth participated in ChildFund’s programs and workshops to develop leadership skills, which she then took with her to nursing school.

Through ChildFund, Thomas has now supported Ibeeth and her family for 15 years, and their close bond keeps them connected despite the distance. In 2019, Thomas even got the opportunity to virtually “meet” Ibeeth. Because of his condition, Thomas isn’t able to travel, so his brother, Joe, and Joe’s wife, Mary, visited Ibeeth and her family in Ecuador in Thomas’s stead. Joe and Mary delivered a photo album from Thomas to Ibeeth’s parents of all the pictures he had saved from the sponsorship over the years, and they all spoke with Thomas via FaceTime. He was overjoyed to see how Ibeeth has grown and changed, and he says it was a “lifetime goal” to meet her. It’s a good thing that the Pisonis traveled when they did, because a little more than a year later, the pandemic struck, closing borders and propelling Ibeeth and her peers in the medical field to the frontlines of the fight against COVID-19.

At the health center where Ibeeth works, she oversees the management of COVID-19 tests and helps teach community members about disease prevention and what to do if they experience symptoms. “It’s hard to ask my patients to stay home," she says, "because they only earn money the days they work, and if they don’t work, they don’t eat." She says the hardest part about the situation is not being able to go home to her family for months due to quarantine restrictions and fear of spreading the virus. However, she believes that it is during hard times that people show who they truly are and can fulfill the personal and social commitments they have made throughout their lives. “It is thanks to ChildFund, and therefore, thanks to my sponsor, that I have learned how to handle difficult situations under different circumstances,” Ibeeth says as she gets ready to go out and face a new day's battle against this invisible enemy.