The Story of Athena & Xaden 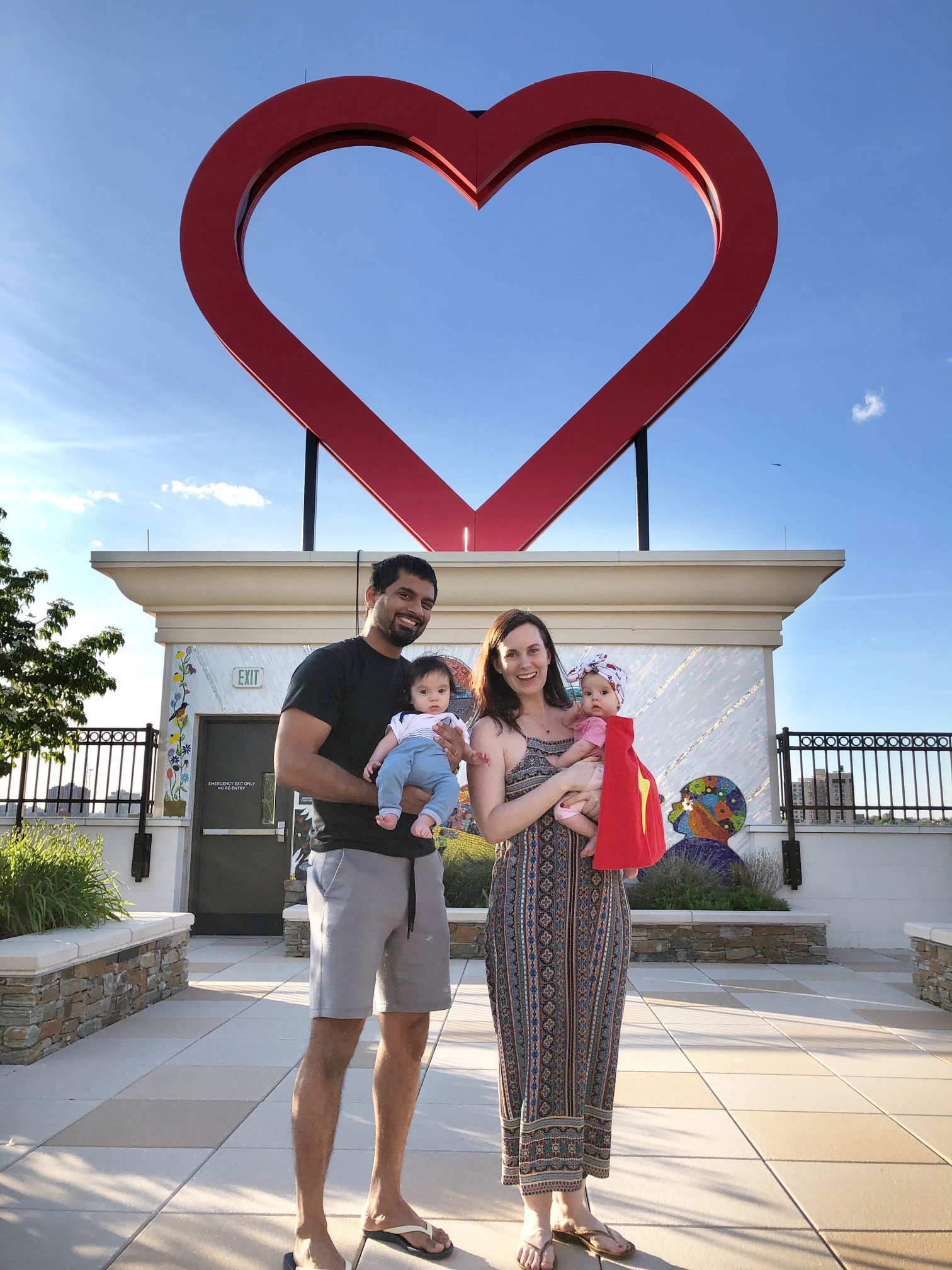 This is the story of 10 month old twins, Athena and Xaden, from India, told by their parents Shannon and Rohan.

We decided to move to India for work in 2011. It took us a couple of years to settle in and find our footing there, but we eventually did. As we got more comfortable our family began to grow. First with two more cats, then in March of 2019 we found out that we were blessed with twins.

The first trimester was very difficult for Shannon and due to medical concerns we decided to return to the US for the delivery. During our 20 week scan here in the US, we found out that Baby B (Athena) was diagnosed with a Congenital Heart Defect (Tetralogy of Fallot) and would require open heart surgery within the first 6 months of her life.

Our original plan was to deliver in Florida. However we decided to stay in Maryland and deliver at the University of Maryland Medical Center because of their Advanced Fetal Care and Pediatric Cardiology Departments.

After she was born, her open heart surgery was scheduled for after she turned 3 months old. We were overwhelmed with all the doctors appointments, both before as well as after the surgery.

In addition, we found out Baby A, Xaden, might have a heart condition as well and had to be monitored. Luckily, this was something that healed up and didn’t require any further care. He did end up requiring a surgery to correct a hernia, but, compared to everything else, that was a breeze.

In the months leading up to the surgery, the appointments started getting closer together and we found ourselves spending a lot of time at UMMC. At the same time we were in the middle of flu season. We were informed that both babies would not be allowed to stay in the hospital. Since Shannon was breastfeeding, we were not sure how to work out having her visit and then breastfeed Xaden at home.

At that point, Shannon's sister, who is a neonatal nurse, recommended getting in touch with a social worker and requesting a place to stay close to the hospital. When RMHC confirmed that we could stay, it was a huge relief off of our shoulders. Athena's surgery was in February of 2020, a second surgery was scheduled for April and sandwiched between those dates was Xaden’s hernia repair.

When we arrived at RMHC the day before her surgery, we immediately felt at home. The first two weeks after her surgery was a blur as she recovered in the hospital. But, having RMHC as a home base and not having to worry about preparing meals or having a place to rest between our shifts of looking after Athena, was a huge load off of our shoulders.

Our stay at RMHC was initially planned to be only for 3 months. However, COVID-19 changed everything. Athena's second surgery was delayed. We were also unable to return home to India, as India was not open to flights back. We found ourselves stuck here in limbo.

There was a drastic change once COVID-19 hit, we missed the community dinners and activity nights. However, we were happy to see RMHC make swift changes in response to it to ensure everyone's safety.

While masks may be mandatory now, it can’t cover up the smiles that we see on everyone here. RMHC has been a home for us and we will always have fond memories of our stay here.