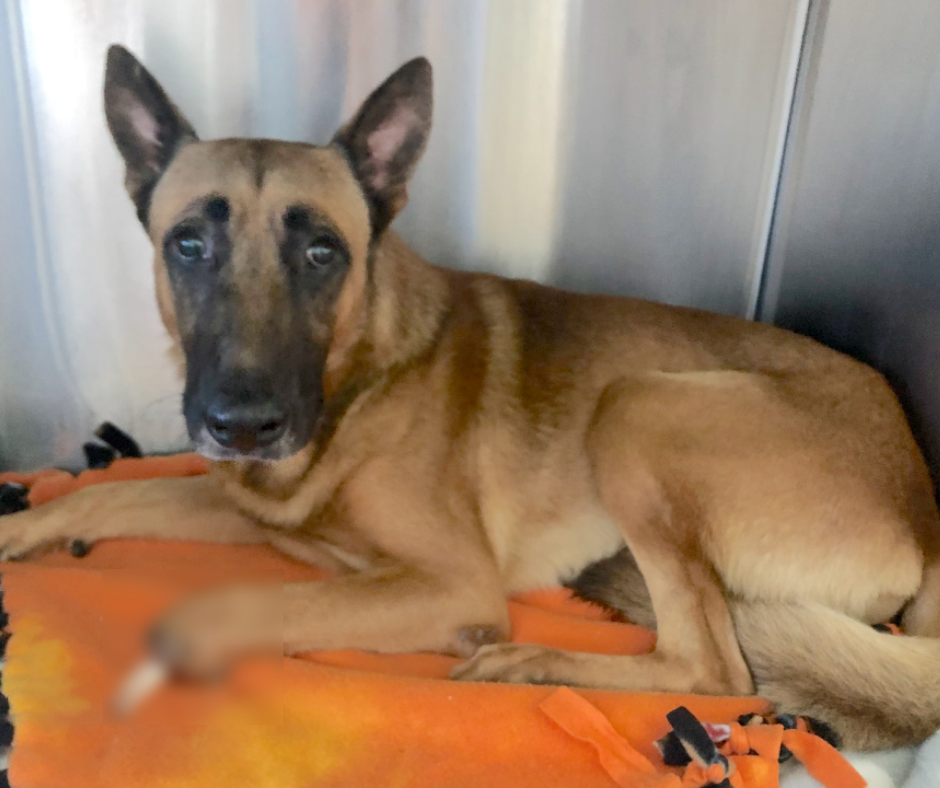 It’s difficult to hear stories like the one I'm about to share. Please know that he is ok and in San Antonio Pets Alive!'s care now, and about to undergo surgery.

Max was surrendered to the municipal city shelter by owners who could not afford the cost of his impending medical care. He had escaped from their backyard and it is believed he was shot in the paw. This terrified and distraught boy made it back home with a mangled paw, traumatized by what had occurred.
They made the hard decision to surrender him to the city shelter – hoping that a good Samaritan or a rescue organization like San Antonio Pets Alive! would save him.
My team couldn’t leave this sweet boy to an uncertain future. He showed us his will to live, and San Antonio Pets Alive! showed up to help him get back on his feet once again…

By the time he was in our care, he had chewed at his damaged paw so badly, that only the bones remained at the end of his foot. No matter the pain he was in, he showed no signs of aggression and enjoys any human interaction and attention from other dogs. He knows how to shake too, as he repeatedly tries to give his injured paw to our staff, showing what a good boy he is.

Because of the extent of the injury- nerve damage and multiple fractures, he will need his whole leg amputated. His surgery is scheduled, and the cost for his pain medication, vaccinations, surgery, and after-care will be over $2,000.

San Antonio Pets Alive! is a small nonprofit with limited staff, yet we are currently the leading lifesaver in this city. It is only because of people like YOU, that we are able to help dogs just like Max. Your gifts make such an impact on thousands of desperate animals trying to survive in San Antonio.

Thank you for loving animals as much as my entire team does!