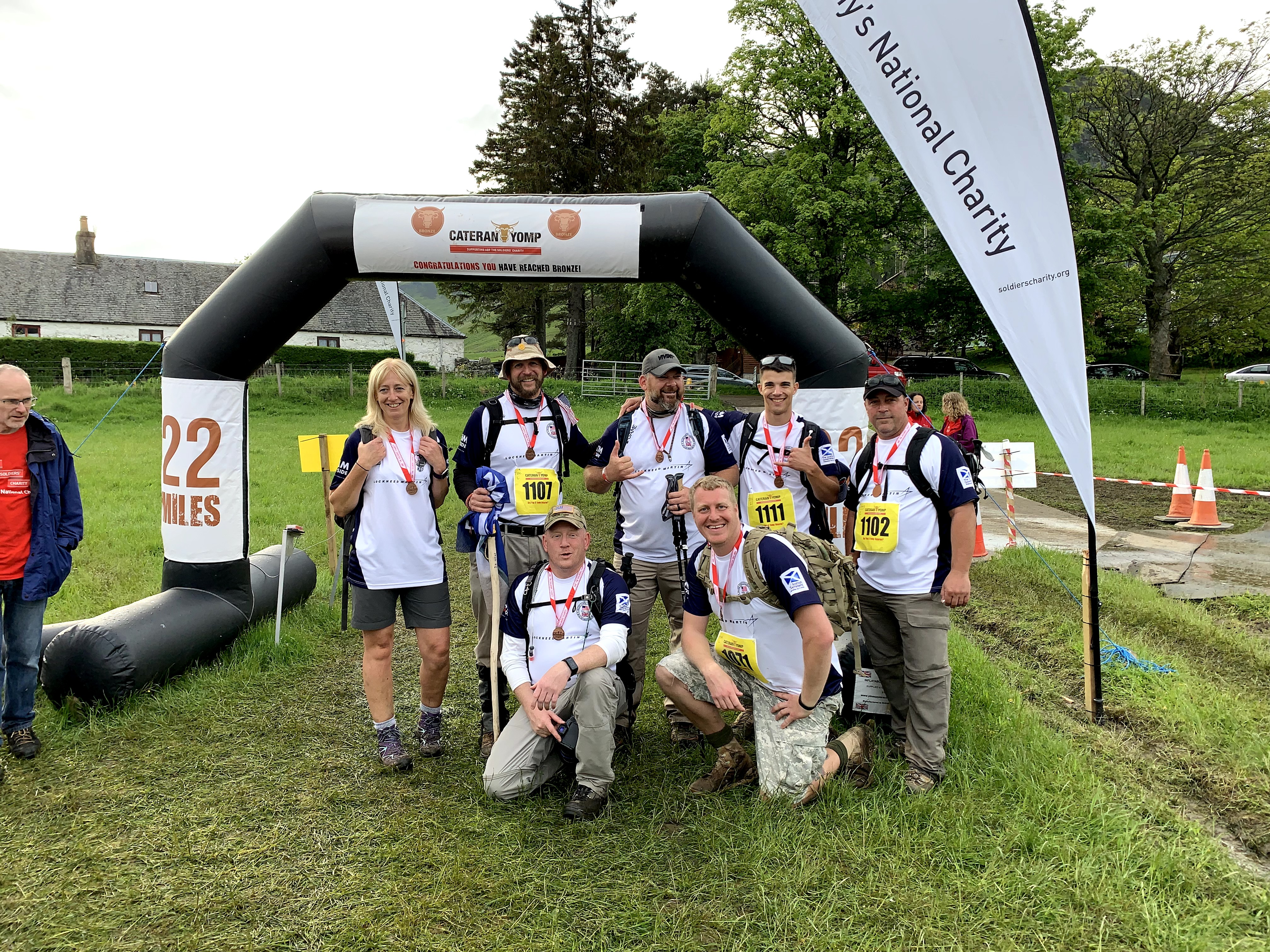 I was an army medic with combat engineers doing route clearing in Afghanistan. I was blown up five times in IED blasts; 3 struck the trucks I was riding in, and 2 I was on the ground within 20 yards of the IEDs. From the blasts I encountered, I had some health issues from traumatic brain injuries to fractures in my spine, among many others that forced me to medically retire.

Once I retired and was told that I am not allowed to work anymore, I fell into a bad place, cut people out of my life, stopped going and doing things I used to love doing. I knew I needed a change, or I would not be around much longer.

I had a friend recommend me to Allied Forces Foundations Cateran Yomp in Scotland. It’s a week-long trip in Scotland where you get to do all kinds of stuff, leading up to walking of the Cateran trail with three different goals: bronze 22-mile, silver 36 miles, or gold 54 miles through the Scottish highlands in 24 hours. When I got accepted to go, I had my sights set on gold, so I started to train and found out in the middle of January I was going in June to do this. But when I arrived with the group in Scotland something happened that I never could have imagined. I found a purpose again. I met so many people just like me-some doing better, some doing worse. That purpose I found was that I can still be helpful, so I threw my plans of going for gold away and made new ones. Leading up to the yomp, we were going here and there, but what we were really doing is building bonds with people that were going through struggles. I met a guy who told me that he was worried that he would not be able to even make it to bronze, and I told him that WE would make it together; others heard and wanted to help get us to bronze as well.

There were a few of us that day on the Cateran trail that started together. Then as we were walking, a few more joined us – either because they were not fast enough to keep up with the group they started with or they had to stop for medical reasons and did not want to slow down anyone. But there was no slowing down our group! We were a unit and went as fast as the slowest person, and we were not going to let anyone get left behind. We were the last ones to finish the bronze section of the course, but we finished it together, and I would not change that for anything!

Since the trip to Scotland, I now have connections with people I never would have that have helped my healing, and I hope I have helped with there.

I just want to say thank you to Allied Forces Foundation for helping me and so many others find new ways of healing. You have saved and changed so many lives. I know mine will never be the same.