From Trauma to Thankfulness 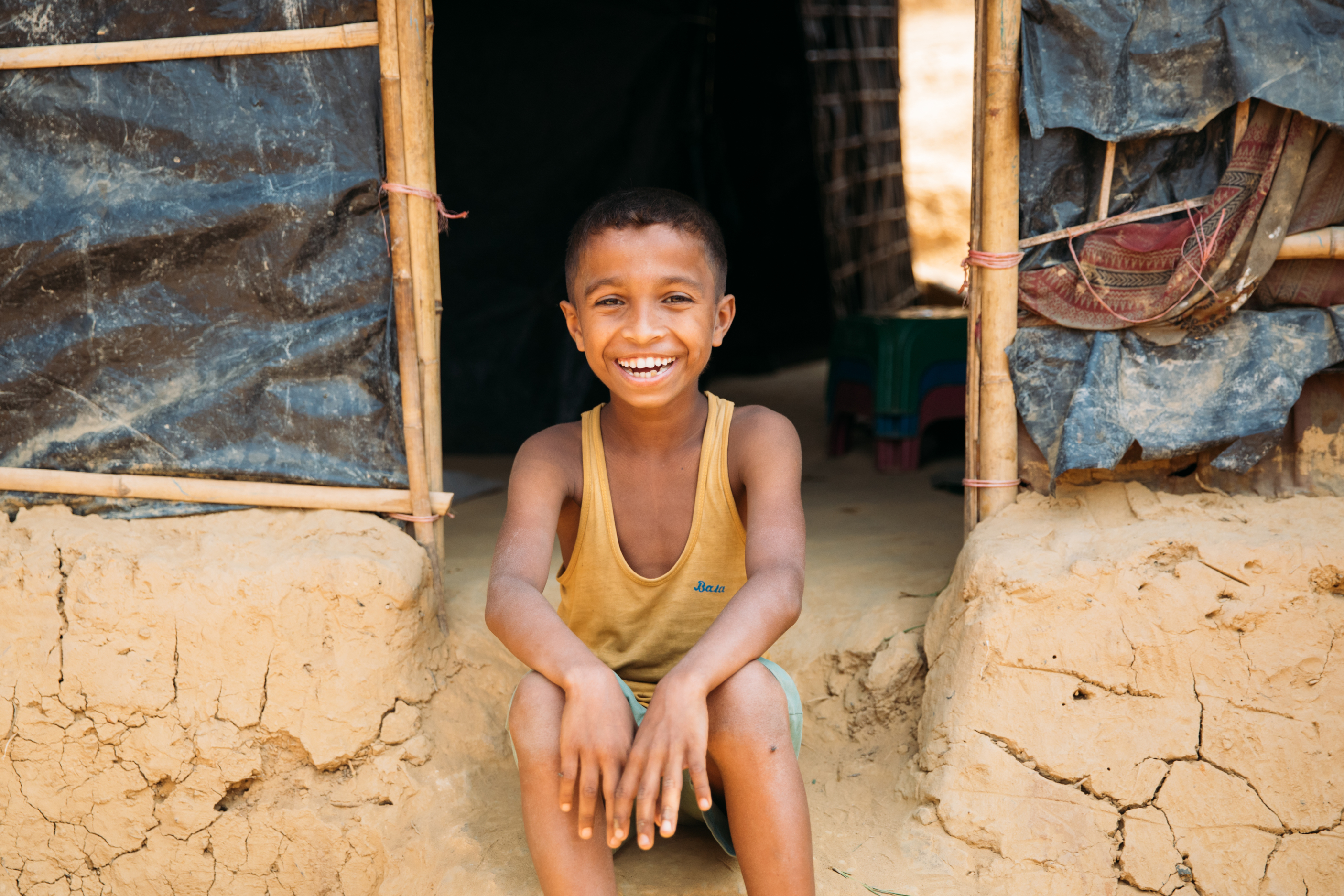 Our team first met Harun in 2018, when he was 8 years old and had narrowly escaped the brutal violence against the Rohingya in Myanmar. The story of how his family became refugees — and the trauma he experienced — is heartbreaking. Recently, our team had an opportunity to visit Harun again and find out how life has changed for him.

After arriving in Bangladesh, Harun became sick. What began as a sore throat became increasingly worse and a loud cough racked his body. Harun’s father didn’t know what to do. What he did know was that people living in neighboring tents died from symptoms like what Harun was experiencing. “I was so afraid,” Harun said. “I was thinking, soon, I will be dead.”

Despite this fear, something wonderful happened. A Community Health Worker, Hamida, showed up at the family’s door. She had been trained to go tent by tent, identifying illnesses and helping the Rohingya people get the care they needed at Medical Teams clinics nearby. Hamida asked Harun questions about how he was feeling. She knew his symptoms could be a sign of something more serious, so she took him to be examined by a doctor in the clinic. Harun was soon diagnosed with a chest infection, and immediately given medicine to treat his illness. Within days, Harun’s sore throat and cough had disappeared. He was able to get out of bed and see his friends again. Playing with his friends was one of Harun’s rare joys — most days, they played soccer to pass the time and to try to forget the trauma of their homeland.

Two years after escaping a slaughter in Myanmar, Harun’s parents have developed a sense of trust and comfort in their new home. When one of their sons becomes sick, they can easily visit the nearby Medical Teams clinic, where nurses and doctors are ready to provide the treatment they need. “They listen to me very well when I explain the problems,” Harun’s mother, Khotija shared. “If there was no clinic, we wouldn’t find proper care, so it is good that we have this clinic here.”

Having easy access to reliable medical care is critical for a child like Harun. After frequent visits, our team of doctors discovered that his sore throat and cough were symptoms of something chronic — Harun suffers from asthma. Living in the refugee camp is a constant threat to his health. Severe overcrowding, muddy surroundings and no respite from extreme weather conditions make it difficult for Harun to breathe. He makes regular visits to the clinic whenever his mother is worried about his symptoms. There, the nurses know him by name and admit him as an urgent patient. Thanks to the support of generous donors, the clinic is always stocked with the medicines and cough syrup that Harun needs to ease his symptoms.

In September, Harun was rushed to the Medical Teams clinic with a suspected case of typhoid. For 5 days prior, he’d suffered from a high fever, severe cough and diarrhea. Again, Harun wasn’t seen as just another patient — Medical Teams staff believe that every person matters, and providing loving care is central to the work they do every day. The doctor on duty that day knew Harun well, and quickly determined that the boy’s symptoms weren’t the result of typhoid, but rather a flare up of his asthma. Harun was given oral rehydration solution and medications and fully recovered in a few days.

“I wish his illness would go away for good,” Khotija shared. She’s especially worried now that winter is coming, since Harun’s asthma is more severe with the change in weather. Our team on the ground has heard his mother’s concern, and has committed to make frequent visits to Harun’s home to check his symptoms before they become a bigger risk to his health.

Meanwhile, Harun is enjoying his life as a 9-year-old. Though he feels afraid when he becomes breathless, he knows the medicines at the clinic will make him feel better so he can return to playing soccer with his loyal group of friends. But that’s not all Harun enjoys these days. “I love going to school. I am learning Burmese and English,” Harun shared. “There’s nothing I like better than going to school.”