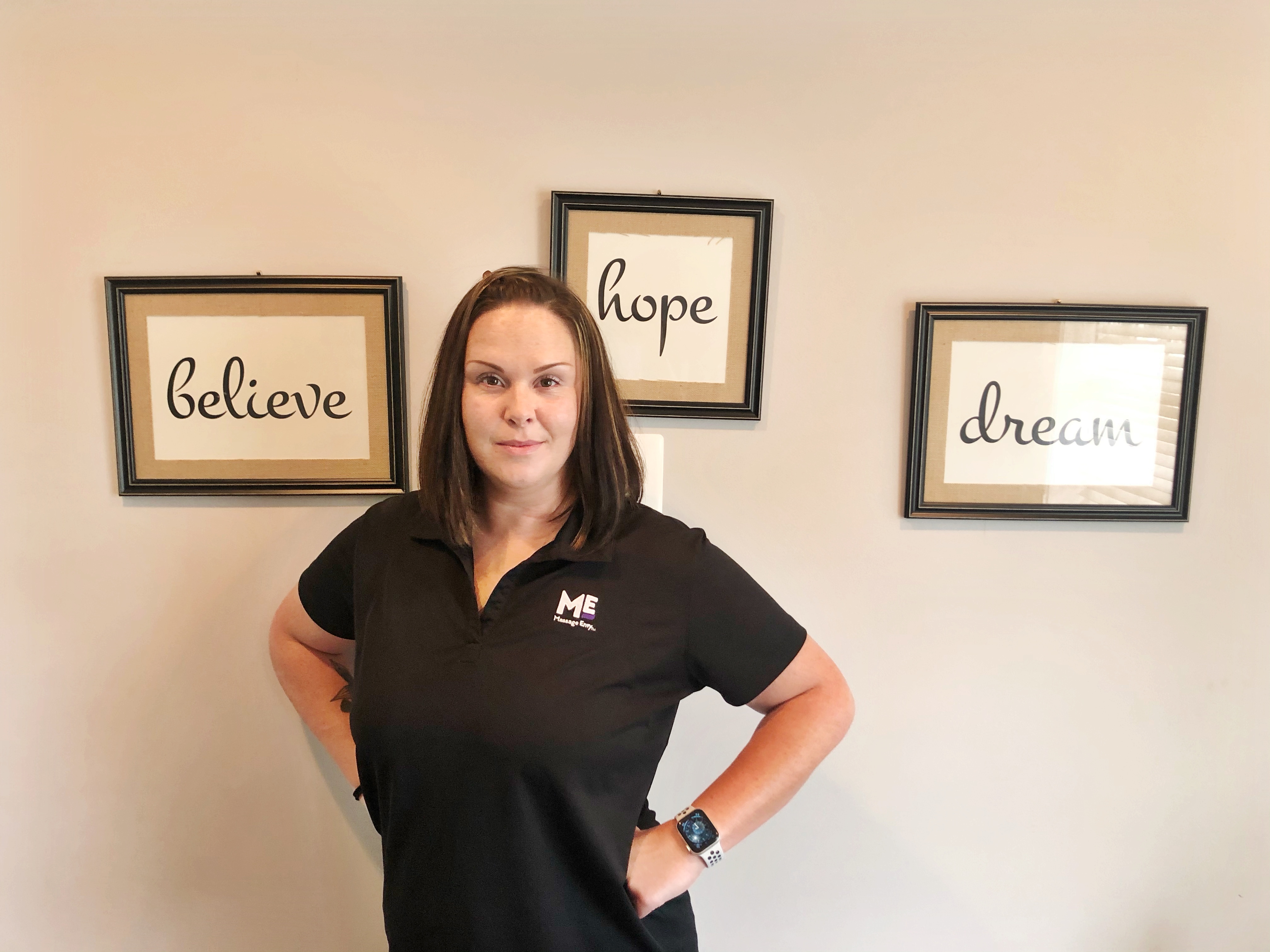 I picture an Avatar. A blank person that you create piece by piece. First I try different hairstyles, clothes, and then I eventually move on to thoughts and ideas,” is how Chasidy Deskins describes her journey of recovery and self actualization.

Chasidy grew up in a small, homogenous, working-class town. She remembers knowing at a young age that following in the footsteps of her family and working at a local industrial job would be limiting. As she got older, her internal conflict grew more pronounced and more destructive, often leading to run-ins with the police and time in the juvenile justice system.

“I felt like I was leading a double life. On the one hand, I was married and had a child and living according to the rules. And on the other, the feeling that I could do more or be more was making me so angry and frustrated and leading me to bad choices.”

For Chasidy, there were limited examples of self advocacy, few options for employment outside of factories, and a devastating domestic violence incident that left her permanently scarred. "Selling and using drugs provided what seemed to be an upwardly mobile, albeit illegal career option, and a foolproof method of self medication to deal with inner conflict and emotional trauma," she said. This choice alienated her from her family and eventually landed her in prison.

“When your head gets clear in prison, all the problems surface that you didn’t want to realize or deal with. The counselor I met in prison helped me sort through my issues. She never told me what to do. She was there to help me figure it out.” Chasidy learned better critical thinking skills and how to leave destructive behavior patterns and toxic relationships behind.

This counselor told Chasidy about Guest House, and she agreed to go. She values the case workers, counselors and staff at Guest House, made possible thanks to supporters like you, who are ready to listen and offer advice. Chasidy made her strongest connection through the Friends of Guest House Mentoring program.

“When I moved to Alexandria, I knew nothing and nobody. My mentor helped me find my way around. Drove me to job interviews. Made sure I was prepared and on time for appointments. I couldn’t have done it without her. And she is still a big part of my life.”

Through counseling and support Chasidy has shifted the focus from looking outside herself to mastery of her own choices and their consequences for herself and her son. She has a new sense of compassion for her family, understands their past choices, and is able to accept their love, which has led to a reconciliation.

Chasidy’s journey highlights the tremendous amount of support and infrastructure necessary to change the course of someone’s life. But thanks to supporters like you, there are new opportunities for women like Chasidy at Guest House. Counselors, mentors and second-chance employers all play a vital role in providing resources and opportunities for successful reentry into society. A return to her community after prison would have potentially landed her right back into old habits and patterns.

Massage Envy recognized Chasidy’s commitment and eagerness to learn when the company hired her in 2018. Here she received on the job clerical and sales training. One year later, in March of 2019, she was named Massage Envy’s Highest Earning Salesperson for her region and is training for her new role as Assistant General Manager.

“Every day my life is becoming more of my own. And I couldn’t have done that without help. I’m grateful and I’m proud of myself, and I’m continuing to learn, get better and be more compassionate with each new experience.”

Providing life-changing opportunities for women like Chasidy at Guest House are possible thanks to loyal supporters like you.