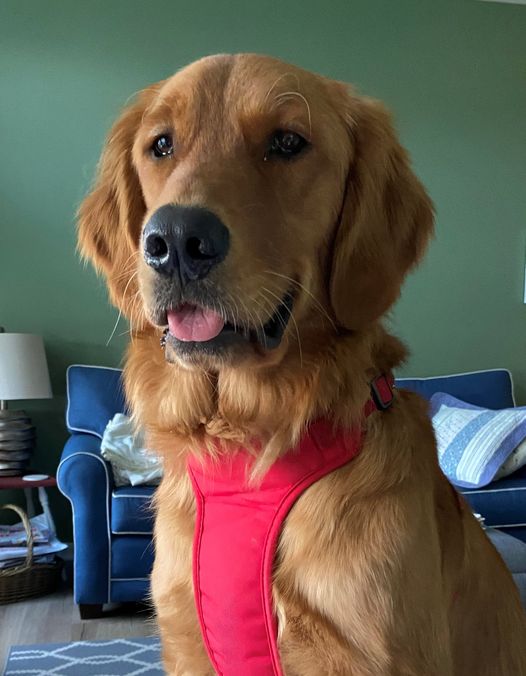 Golden Retriever Rescue, Education and Training, Inc. (GRREAT) is dedicated to finding loving new homes for unwanted, stray, and abandoned Golden Retrievers and Golden mixes. The majority of GRREAT dogs are turned in to us by their previous owners, but we also work in conjunction with area shelters and local animal welfare organizations. Each dog that comes into GRREAT is placed into one of our volunteer foster homes where the temperament, energy level, habits, and medical requirements of the dog are evaluated. Potential adopters must apply and pass a home visit before they are approved to adopt a GRREAT dog. These two processes give us the opportunity to select a permanent home for each dog that meets the dog’s individual needs. Volunteer transporters move dogs in their neighborhoods from give-up locations to foster homes or veterinary offices.
The dogs we rescue are spayed or neutered, updated on vaccinations, tested for heartworms and intestinal parasites, and started on heartworm and flea/tick preventatives. In addition, many dogs come into rescue with serious medical conditions that are treated before a dog is made available for adoption. GRREAT never turns a dog away due to age or physical condition.
When he came into GRREAT, Dunkin was a healthy, 9-month-old Golden Retriever who had been surrendered to a shelter in Virginia because he growled and snapped when anyone tried to take something from his mouth. The shelter staff said he was super friendly, sweet, and goofy. GRREAT transport volunteers got him to his foster home in Pennsylvania where he settled in nicely with his foster parents and Golden siblings.
However, two months later he ate what the foster family thought was two Christmas ornament hooks. He was rushed to the veterinary ER for surgery.
During the surgery they discovered that Dunkin had not swallowed two hooks; he had swallowed eleven!! The surgery removed eight of them. One of those had caused a perforation in his upper intestine allowing intestinal material to leak into his abdomen. That required a flush of his abdomen and the insertion of a drain
The other three hooks had already moved into Dunkin’s colon. The doctor did not want to open his colon as that would allow potentially dangerous toxins to get into Dunkin’s abdomen and be possibly fatal. They decided to monitor him to make sure the hooks passed naturally. The doctors gave him a 50-50 chance of survival and put him on antibiotics and pain medications to make him more comfortable.
It would be three to five days before he out of the woods. The doctor warned that it was possible that Dunkin would require additional surgery, though he was hoping it would not come to that. He said that assuming Dunkin recovered well with no additional surgery needed, he would be able to live a normal life with no restrictions or special care.
The next several days were touch and go for poor Dunkin; however, slowly he began to eat and perk up a bit. While he was in the hospital, Dunkin turned one year old. Four days after his surgery he was able to go back to his foster home where they celebrated both his birthday and his homecoming and spoiled him like crazy, albeit quietly.
Once back with his foster family, Dunkin continued to recover. He did safely pass the three hooks that had been in his colon. Just as human medical costs are rising, veterinary care is also becoming more and more expensive. Veterinary bills comprise close to 75% of GRREAT’s expenses. Dunkin’s surgery and after care cost $6,586.00. It is only through generous donors that we can continue to care for sweet pups like Dunkin!
After three more months of loving foster care, Dunkin was adopted into his furever home near the beach in Delaware! Here is his GRREAT adoption announcement:
“Dashing DUNKIN was too young, too fun, and too mischievous for his first family to handle so he came to GRREAT before his first birthday. After a few months in his foster family learning the ropes, he was finally ready to be adopted by a family that could take him the rest of the way to becoming the wonderful Golden boy he was always meant to me. He was adopted on 3-19-20. Welcome Home, Dunkin Donuts! ”