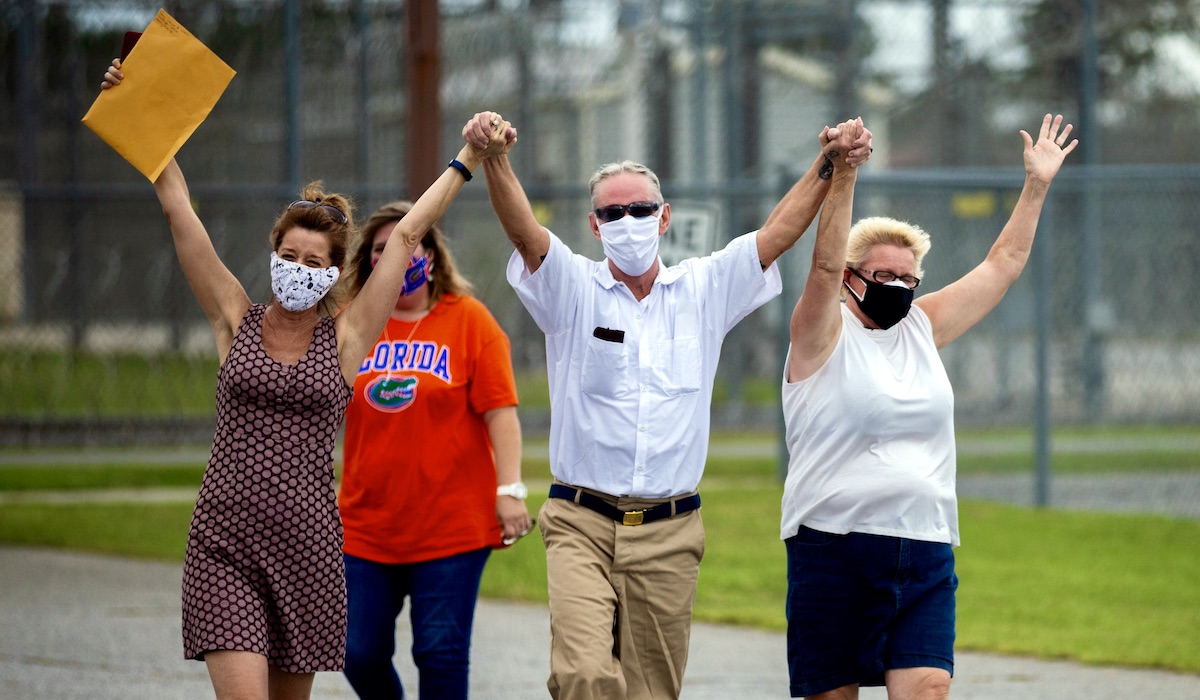 Many people think that the nightmare of wrongful conviction ends when an innocent person is able to walk out of prison. But, for exonerees, freedom is just the start of another difficult journey. With no money, housing, or healthcare, and a criminal record that is often not cleared despite innocence, exonerees face major barriers upon release. Financial support for exonerees is crucial so that they can rebuild the lives they were unjustly deprived of, often for decades. Yet Georgia is one of only 12 states—a number that decreases every year—that has no law designed to compensate the wrongfully incarcerated.

Instead, under the current process, Georgia exonerees like Dennis Perry and Kerry Robinson must file a claim with a State administrative body that – from what we can tell – has never recommended compensation for a wrongfully convicted person. Exonerees must also find a lawmaker willing to sponsor a private compensation resolution on their behalf, and then must lobby the legislature for approval of the compensation. Because this process was not designed to compensate the wrongfully convicted, it can lead to a number of problems as summarized below:
Inconsistent and unfair: The process can arbitrarily under-compensate or even unfairly exclude exonerees from compensation entirely. Without a uniform standard for who can and should be compensated and under what conditions and in what amount, inequities abound. Some compensation award packages have included parole-like conditions for innocent exonerees, including drug testing and threats of award revocation.
Rarely provides full compensation to exonerees: If you spent a year of your life locked in prison for a crime you did not commit, what would that be worth to you? In Georgia, annual compensation amounts have ranged drastically from $12,500 to $59,000 per year of wrongful incarceration with an average of $39,000 Texas awards $80,000 per year of wrongful incarceration.

Inefficient and ineffective (part 1): Georgia’s Claims Advisory Board, the administrative body tasked with reviewing initial wrongful conviction compensation claims, was established to help injured/killed individuals or their beneficiaries when a state agency is at fault. In practice, the Board has no authority to – and does not – recommend compensation for wrongful convictions, making this costly and time-intensive step futile.

Inefficient and ineffective (part 2): Despite only providing compensation for one person, a private resolution must go through the same process as any other piece of legislation—requiring committee hearings and the support of both chambers of the General Assembly, and ultimately the Governor’s signature—in order to take effect. This not only wastes the legislature’s time during a time-constrained session (limited to only 40 days per year), but also politicizes the compensation process, leading to inconsistent outcomes that can even be heavily affected by the state’s budget for the year.

Resource intensive: Most exonerees need an attorney and/or lobbyist to assist them through the often confusing and unpredictable compensation process.

After decades in prison for crimes they did not commit, compensation provides a much-needed lifeline to exonerees. When done right, it has the capacity to provide the financial and other resources necessary to enable exonerees to recover and heal from the trauma of wrongful imprisonment, rebuild their lives and engage meaningfully in their communities. Georgia’s lack of a statutory compensation system, however, denies this opportunity to far too many exonerees. It is time for reform.

Charity Name
Georgia Innocence Project
Photo Caption
Dennis Perry walks out of prison in 2020 hand in hand with his family after losing 21 years to wrongful conviction for a double murder he did not commit.
Photo Credit
Photo courtesy of the Atlanta Journal-Constitution
CFC Number
18731