A Second Chance for the Perez Family 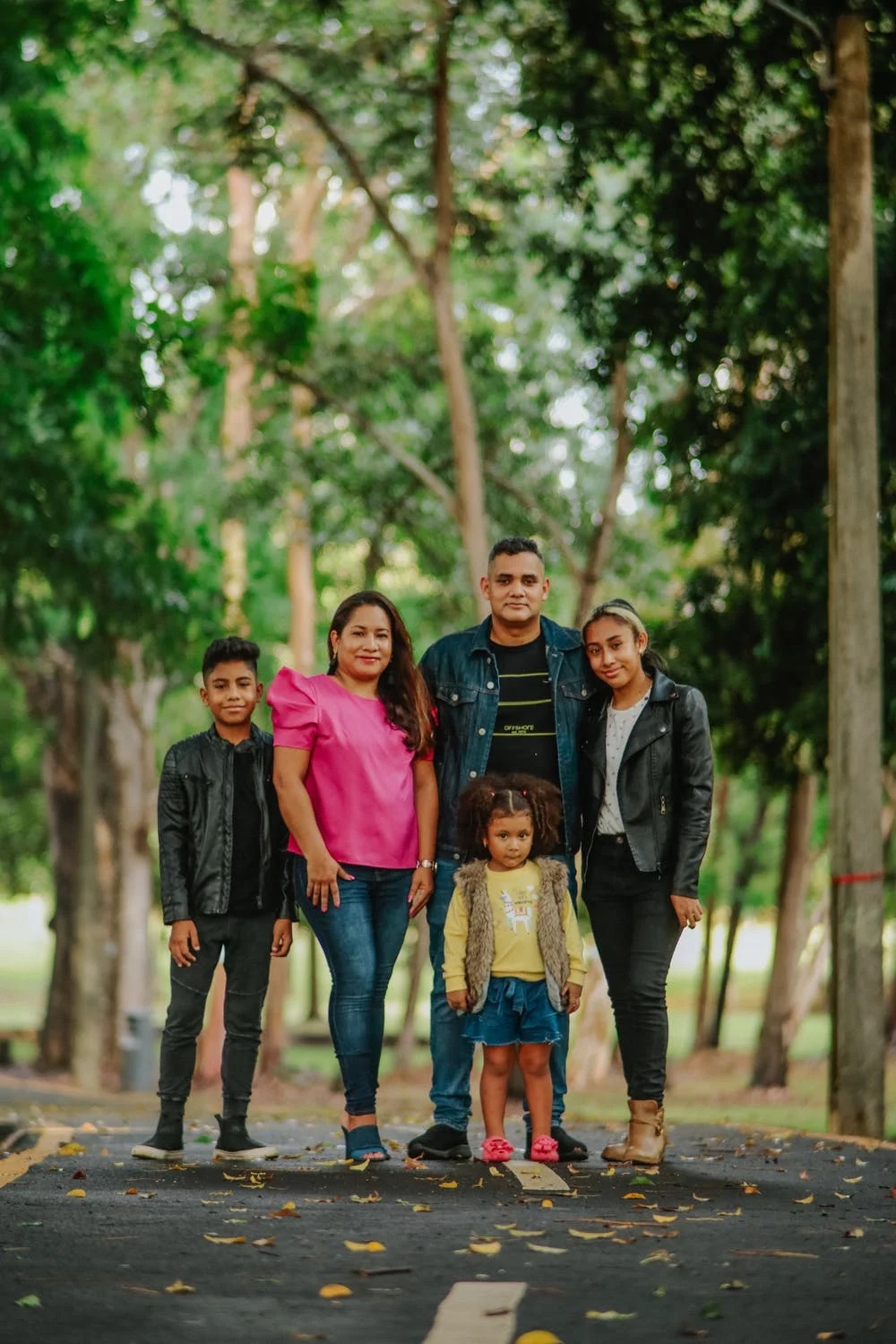 The Perez family fled Venezuela after their father, Mauricio, a pastor at their local church, was kidnapped by a local cartel for speaking out against gang violence. After being held hostage for several days, he was released only to find his wife and three children, even his youngest daughter, a 2nd grader, receiving death threats – they knew it was time to go.

After traversing Mexico to enter the U.S., the Perez family was detained at the border and split up – both parents separated from each other and their children, and the children from each other. New country, new language, and all alone.

How might a mother spend her time in detention without knowing where her children were or whether they were together? Alejandra would use the plastic from soda bottles to make trinkets for the other women that were with her–it was the only thing that could help pass the time during the day as she agonized over where her kids might be.

It would be four months before the kids saw their mother again, finally reuniting in Virginia, and several more months until their father would join them. This was yet another traumatic experience for the entire family that would have serious repercussions in the months ahead.

Alejandra was on her own for a while with the kids, and it was difficult to make ends meet, especially with their limited English-speaking abilities. They were fortunate to have a large diaspora to lean on, but the needs exceeded what the community could provide, specifically for their physical and mental health. Their attorney told them about AsylumWorks, and the Perez family was on our waitlist for five months.

Mauricio suffered serious injuries while held hostage by the cartel and experienced lingering physical trauma. Elena had an abscessed tooth that prevented her from attending school. They both needed medical attention quickly.

The kids suffered severe PTSD from being detained and separated from their parents. Their trauma manifested in sleeplessness, behavioral issues, and refusal to speak to their parents about their experiences in detention. In the words of their dad: “Even though we try to move on, the trauma still lingers. It’s my children’s constant companion.”

Once the Perez family was moved off our waitlist, our Spanish-speaking social service worker at AsylumWorks quickly went to work. We connected Mauricio to one of our medical partners to seek care, helped them navigate the healthcare system, and provided financial aid to cover the cost of an emergency dentist appointment to treat their daughter.

Mauricio participated in our inaugural “Path Forward” job readiness training program for speakers of other languages so he could find a job to better support the family. We connected the entire family to a mental health partner so they could begin working through the multiple traumas they endured before, during, and after their journey to the U.S. And finally, we connected the family to a community partner who provided toys and furniture for the children’s rooms to make their new house feel more like home.

We don’t know where our clients will come from next or what they will have to endure to escape the life-threatening situations they face, but we do know that, once asylum seekers find AsylumWorks, we can help put them on a path to their second chance at life.

Charity Name
AsylumWorks
Photo Caption
To protect the confidentiality of our clients and their families, we do not use their real photos.
Photo Credit
Public
CFC Number
64980